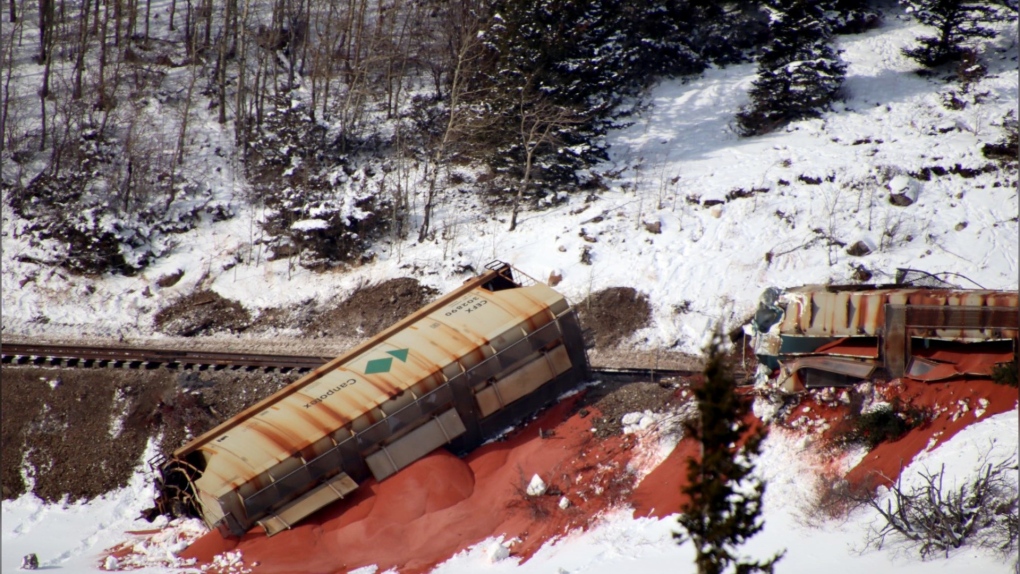 CALGARY -- Work is ongoing to remove 42 CP Rail cars carrying potash that left the track near Crowsnest Lake on Friday.

The incident happened around 5 p.m. Friday, about 150 kilometres west of Lethbridge, Alta., near the B.C.-Alberta boundary, in the Crowsnest Pass.

One car was submerged in the lake and CP Rail said in a statement the car will be removed as soon as it is safe to do so.

"CP is working closely with Alberta Environment, regulatory agencies and other stakeholders on a mitigation plan, which will include thorough water monitoring," it read.

"The car in question is being monitored and will be removed when it is safe to do so. Potash is a non-hazardous, water--soluble product."

The cause of the derailment is under investigation.