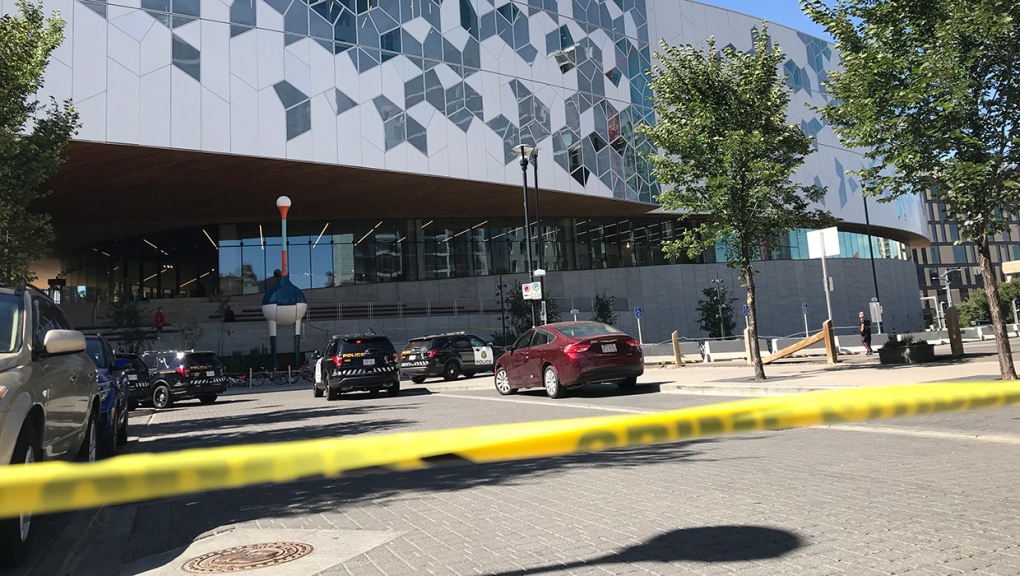 CALGARY -- Members of the Calgary Police Service are investigating reported gunshots in the East Village near the Central Library.

As of 2:30 p.m., police had not located a gunshot victim or a perpetrator.

Officers have cordoned off an area of a parking lot near the stairs on the east side of the Central Library.

This is a developing story. It will be updated throughout the afternoon.

DEVELOPING: Calgary Police have several parking lots taped off near the Central Library after a report of shots fired.

Numerous responding officers are speaking to witnesses and taking statements. No victim has come forward at this point. #yyc pic.twitter.com/t5yeLBDmWw

Police say the call for shots fired came in shortly before 2pm.