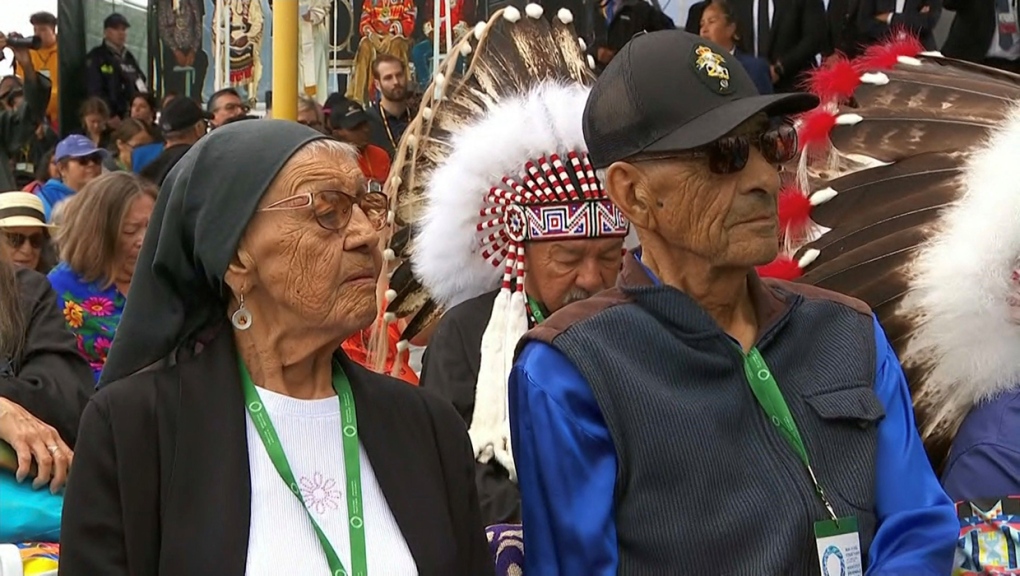 “Today was a reckoning,” Day Chief said. “It was an opportunity for the Catholic Pope to help in the process of healing.”

Pope Francis said he was 'deeply sorry' and asked for forgiveness.

Day Chief attended St. Mary’s Residential School on the Blood Reserve. It was one of more than 130 residential schools operated in Canada between the 1870s and 1996.

While Day Chief felt the apology was a step forward, there were still many unanswered questions.

“What is the next step I should say, because at the end of the day the apology that was given in Rome was the same as the one given today,” Day Chief said.

Day Chief added the apology was broad and didn’t mention what he has been waiting to hear as a survivor.

He said he wants the Pope to denounce and revoke the Doctrine of Discovery as he believes without that Indigenous peoples will continue to be locked into oppression.

Pope Francis apologized for the ways many Christians supported the colonizing mentality of the powers who oppressed Indigenous peoples.

“Without him revoking the doctrine, regards of what we hear from him and that isn't even mentioned in this apology, we are going continue to be locked in that oppression,” Day Chief said.

Day Chief said the Pope’s visit has brought up memories of his time in residential school. 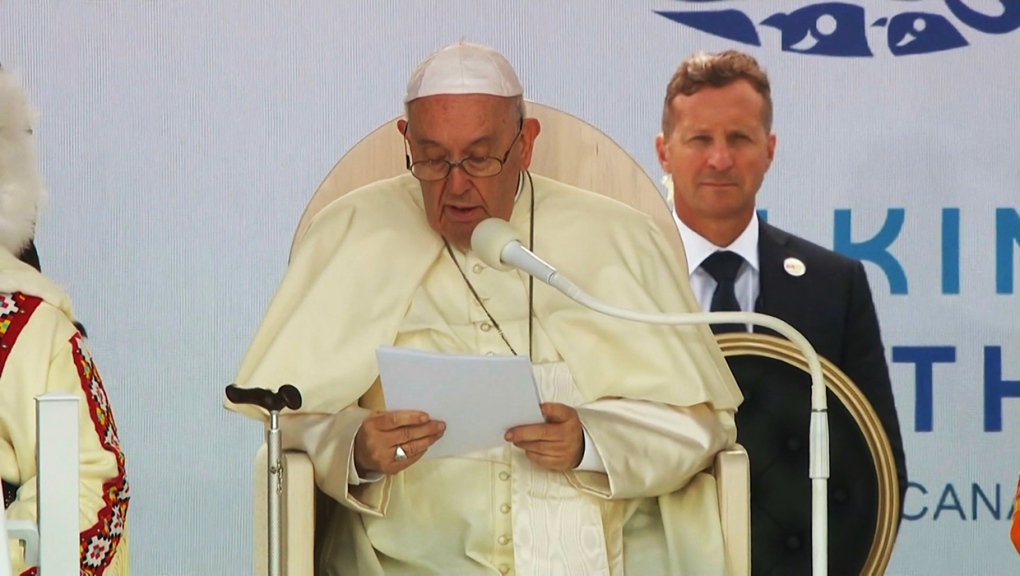 Pope Francis apologizing in Alberta for residential schools on July 25, 2022

Adam Browning, president of the Lethbridge and Area Metis said in a statement the apology is "an important gesture and one that leads to dialogue, not just the past, but on how we all work together to meaningfully address the current issues facing Indigenous peoples in Canada."

But some in the community said the legacy of residential schools will live on for years to come.

“For myself, as an inter-generational survivor of the Indigenous residential school system,  it is something that affects my life every day," said Tiffany Prete, a sociology professor at the University of Lethbridge. "It is something that's going to affect my kids, (and) my grandchildren, so it's nice to finally have had that apology from the Pope."

“I am hopeful that something good will come from the apology, that it will be more than just words, that there will be a plan formalized and is able to help Indigenous peoples and the Roman Catholic Church walk the path of reconciliation,” Prete said.

For survivors of residential schools and their families, there is a crisis line available 24 hours a day by calling 1-866-925-4419.