CALGARY -- Many homeowners assessing the damage inflicted to their homes and vehicles in the wake of a severe summer storm might find a bit of solace in the fact the weather could have been much, much worse.

That's because Dr. Terry Krauss, along with his colleagues at the Alberta Hail Suppression Project, are out in the air during each thunderstorm, doing what they can to mitigate the impact of those systems.

The smoke that comes from those flares are smoke iodide, Krauss says, which end up creating ice crystals within the clouds that deplete their water. That results in smaller and less damaging hail.

"Mother Nature only starts creating ice crystals at -20 C and those can grow to a large size," he says. "We want to create a lot of particles that potentially will melt before they hit the ground or we are in favour of creating pea-sized hail instead of golf ball-sized hail."

Krauss' team uses radar to find storm cells that have the potential to create extreme weather and large hail. When they find a convective cloud that poses a threat, they take action.

"That's when we launch and we are seeding the new growth zone," he says.

When it comes to severe weather in 2020, Krauss says his team has been very busy.

"There have already been 31 hail days," he says. "We have done 20 days with cloud seeding when there was potential for large, damaging hail storms."

During that time period, Krauss says the suppression team targeted more than 60 storms.

"Hail alley is from Calgary to Red Deer, here in Alberta."

However, despite best efforts,their work doesn't always prevent all the serious storm activity before it reaches a community and "Mother Nature rules."

One such example was the hail storm that struck Calgary on June 13.

"We prefer to seed a cloud 30 minutes before it reaches a town or a city. On June 13, that storm formed over southeast Calgary," Krauss says. "We did have two airplanes up and we did start to seed the new growth zone, the feeder clouds and the main updraft, but that large, intense storm moved to the northeast and drew in rain clouds in the area."

He says the storm was fuelled by that extra moisture and the ensuing hail hammered communities in northeast Calgary, causing extensive damage. 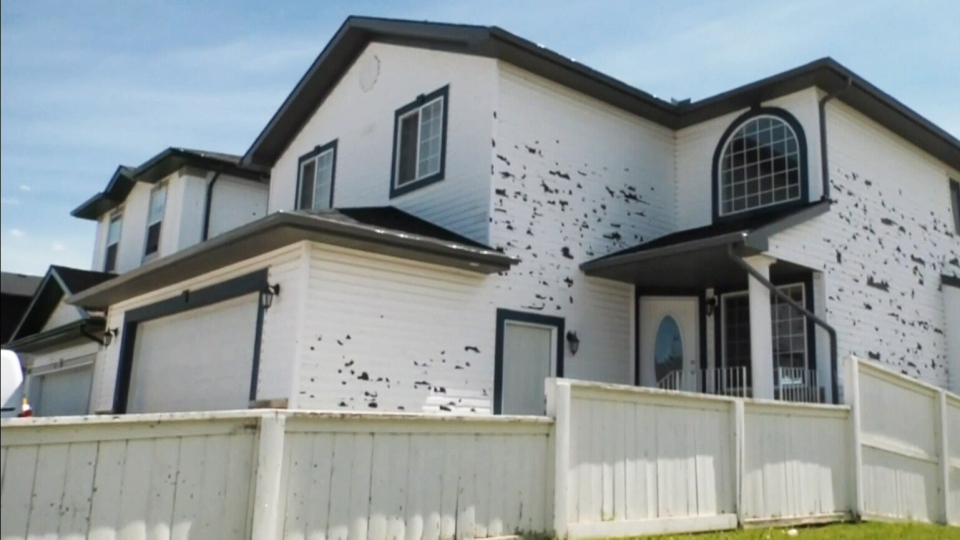 "Our cloud seeding couldn't have any effect on those particles that entered that storm that was intensifying right over Calgary."

For more information about the Alberta Hail Suppression Project, you can go to their website.