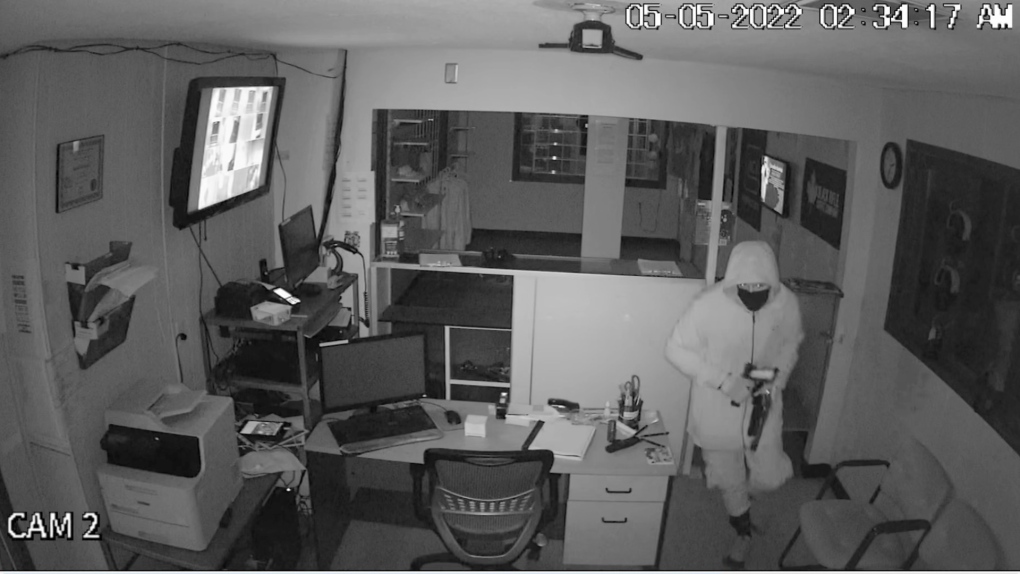 RCMP released this image of a break-and-enter suspect after a number of restricted firearms were stolen from a Dunmore, Alta. gun club. (RCMP handout)

Redcliff RCMP is investigating after a "significant number" of restricted firearms were stolen from southern Alberta gun club on Thursday.

Police were notified of a break-in at a gun club in Dunmore, Alta., about 300 kilometres southeast of Calgary, after someone smashed an overhead door and made their way inside.

A white, two-door 2008 Pontiac G6 that is missing its rear bumper was used in the break-and-enter.

The vehicle was reported stolen and has been recovered and investigators are asking anyone who saw it in the area to contact them.

Driver in California cliff crash that injured 4 is charged

The driver of a car that plunged off a treacherous cliff in northern California, seriously injuring himself, his wife and their two young children, was charged Monday with attempted murder.