Smoke from wildfires settles in over Lethbridge

Smoke from wildfires settles in over Lethbridge 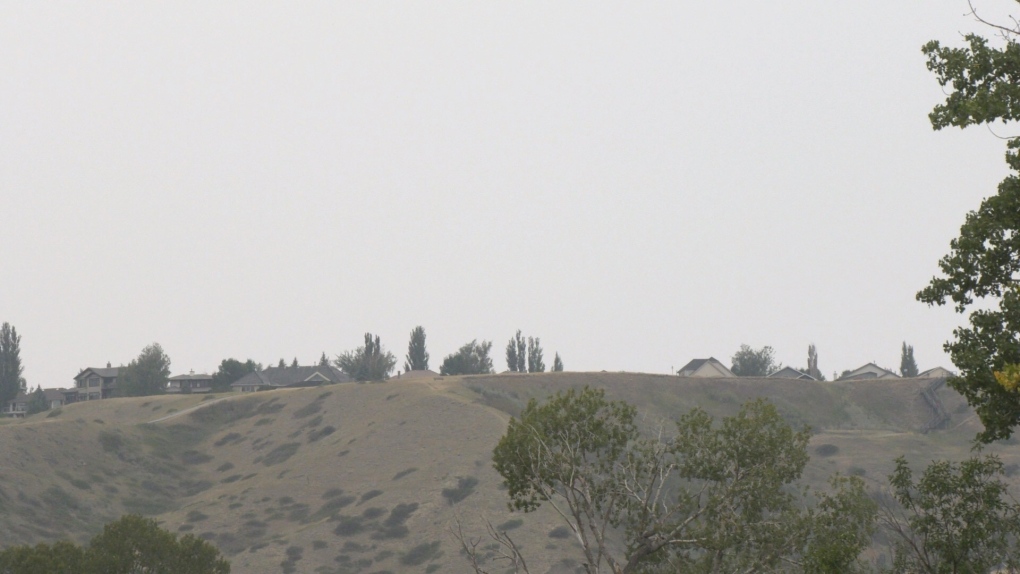 Smoke is settling in over Lethbridge as wildfires burn in B.C., Montana and right here in Alberta.
LETHBRIDGE, Alta. -

A summer with mostly clear skies above Lethbridge has come to an end.

Smoke from wildfires in B.C., Montana and right here in Alberta has hit the southern half of the province, and those most vulnerable will have to be on their guard.

“Most folks already know their triggers, and if wildfire smoke or smoke period is a trigger then we just ask you to protect your health during a wildfire,” said Nina Snyder, COO for Alberta Lung.

While the smoke isn’t too bad at the moment, there are fears it could become worse, at which point it could be dangerous even to those without pre-existing health conditions.

“If there's a poor air quality health index that's between seven and 10 or six and 10, that's actually (when) even healthy people should take care when they're performing strenuous exercise,” Snyder said.

Even those in peak physical condition will have to remain cautious of the ever-changing smoke conditions.

Athletes who practise and compete outdoors may struggle to do so at their top level.

“It's more work because you're breathing in more of the smoke,” said Daniel Okpala, a soccer player for the Lethbridge College Kodiaks.

“So I would say that it's a bit heavier and that it's more work. So usually the coaches would just kind of slow down the practice and if it gets not good enough for us to practise we can end the practice and just move it into the gym.”

Despite all the recent smoke, Okpala says the team has been able to practise as it normally would.

To find out your local air quality health index reading, you can visit the Government of Canada website.