Canadian snowbirds will soon be able to reconnect with their friends and family south of the border for the first time since March 2020.

Land and sea border crossings are set to reopen for fully vaccinated Canadians on November 8th.

In mid-October, when American officials announced the border reopening date, campground across southern Alberta saw an immediate uptick in business.

People are already flocking to the Eight Flags Campground in Milk River to get as close as possible to the Coutts border crossing ahead of what will inevitably be a hectic scramble to cross into the U.S.

"It was quiet a couple weeks ago," said Helen Runka, campground operator at Eight Flags. "Every five or ten minutes I was getting phone calls to book a spot. It started at 8:30 a.m. and my last phone call came that night at 6:30 p.m."

Next weekend is when things figure to get a little crazy at the campground, as some people will be staying in makeshift parking stalls to keep up with demand.

"Some people will be leaving at three in the morning on Monday when the border reopens," said Runka.

"The lineup is going to be really bad at the border. I have at least 80 people leaving from this campground." 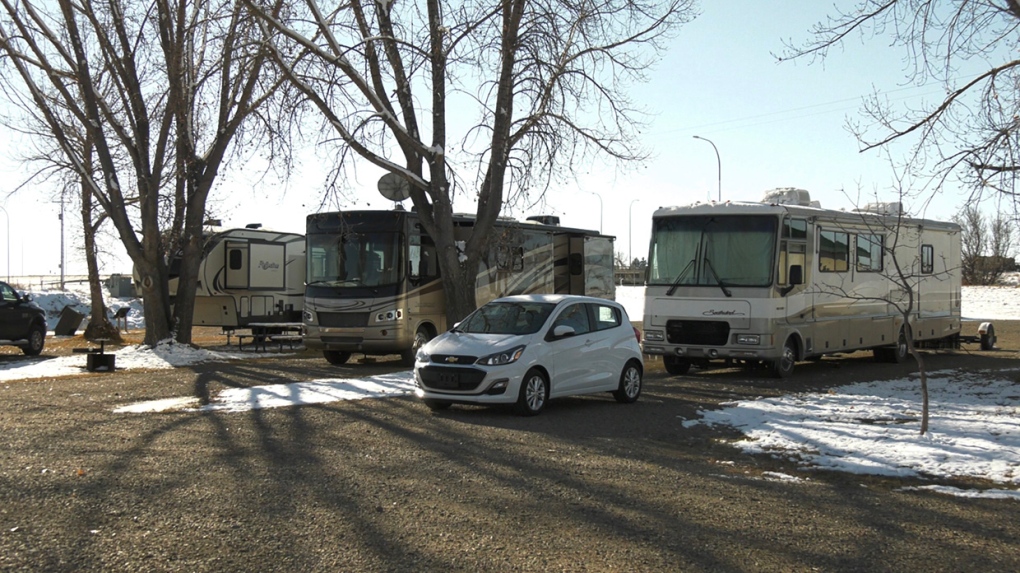 People are already flocking to the 8 Flags Campground in Milk River to get as close as possible to the Coutts border crossing ahead of what will inevitably be a hectic scramble to cross into the U.S.

With the weather cooling down, there's a real buzz among those who have made fleeing Canadian winters a tradition.

Their RVs aren't used to icicles and having their windows frosted over, but soon, that will all melt away as snowbirds get back on the road for refuge in the U.S. instead of Canada's west coast where many flocked last winter to ride out the pandemic.

And while moist Pacific northwest rainforests can liven up an Instagram page, they can't warm the hearts of a snowbird the way a southwestern U.S. desert town can.

"We're in our 70's and we've done the whole snow thing," said Andre Call, who was on his way to Arizona.

"We've been doing this for seven years, but last year we had to spend the winter on the coast of B.C. It was terrible. It rained 72 days straight. Hated it."

It's been a long wait for Canadians with friends, family or investment properties south of the border, but that wait is nearly over.

"We miss our American friends. We've always had a really great time down there. I've met with some really awesome people, they're all awesome," said Anne Bennett who is also set to make her way down to Arizona.

All Canadians looking to cross the border will need to show proof of full vaccination before they can enter the United States.