A Calgary photographer is out on bail but still under house arrest after spending three weeks behind bars, after being pulled from a charter plane carrying 200 kilograms of cocaine.

"She's never been involved in anything like this in her life, she just wanted to take a vacation," says Bella Harrison about her cousin, Brittney Wojcik-Harrison, "Brittney isn't the type of person to show emotion easily and the fact that she's breaking right now shows how much she has been through. She's really not okay."

Harrison says her cousin was invited to join a group of friends who'd chartered a small plane to fly to the Dominican Republic at the end of March.

When the plane was about to return to Canada, however, crew members found duffel bags in some control compartments.

They alerted the authorities who eventually found 200 kilograms of cocaine hidden in the plane.

The five-person crew and all six passengers were arrested. 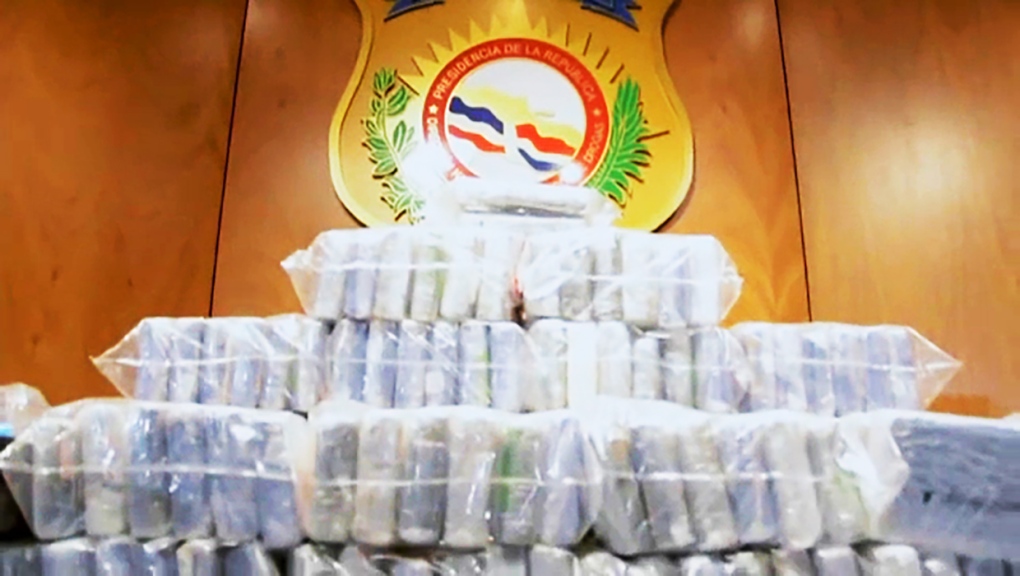 When the plane was about to return to Canada, however, crew members found duffel bags in some control compartments. They alerted the authorities who eventually found 200 kilograms of cocaine hidden in the plane.

"We really want to get all of them home, not just my niece but definitely all of them," says Karen Harrison, Brittney's aunt, "We are very worried about their welfare down there."

The family says the drugs were found in an area passengers don't have access to, they should be released - they wanted Canada's foreign affairs department to make that happen.

However, the government only tells CTV News it's aware of the situation and is monitoring it closely.

"She is frightened, "says Karen about her niece, who was able to call the family for the first time this week after being released on bail, "They are all scared about what's going on, numb from being arrested."

Pivot Airlines, which owns the charter, says it hired private security to guard staff while out on bail.

But it says prosecutors want to revoke the bail and put everyone back behind bars. The airline fears for their safety in jail since it was airline staff that alerted police to the drugs and it fears there could be reprisal in prison.  It says while it's grateful for the Canadian government's efforts so far, it needs to do more to bring its citizens home.

Ukraine is pushing its Western allies to provide it with fighter jets, a week after winning pledges of sophisticated modern tanks to help it beat back Russia's invasion force after almost a year of fighting.