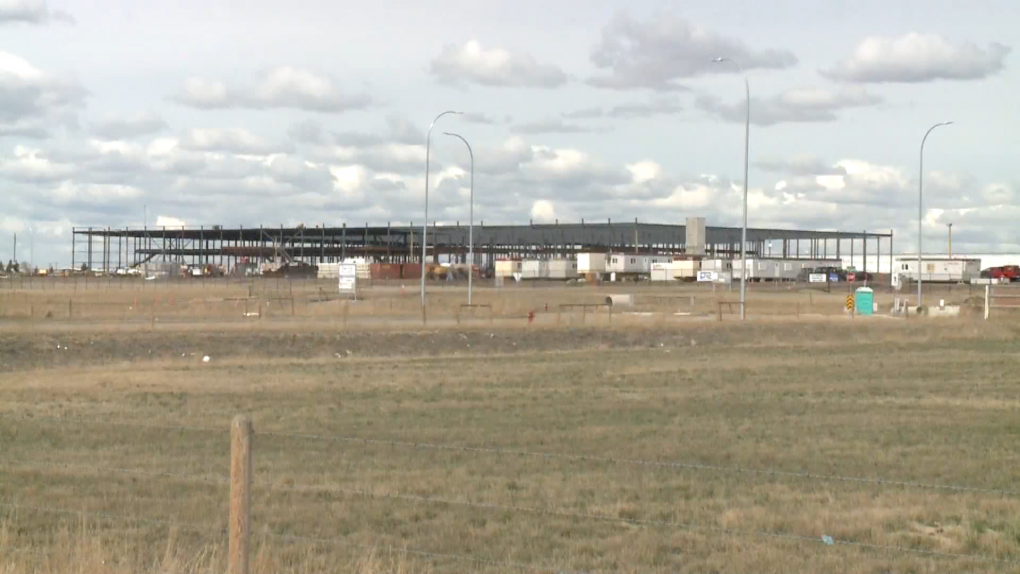 File image of the construction of the Aurora Sun cannabis facility in Medicine Hat. Aurora announced this week it had suspended operations at the facility.

CALGARY -- Aurora Cannabis is halting operations at its grow facility in Medicine Hat as a result of "recent shifts in the industry."

Aurora officials confirmed the move in a statement sent to CTV News Friday.

"Aurora continuously and carefully reviews the company’s operations network to ensure it is fit for our business today and in the near term," said Michelle Lefler, Aurora's vice-president of communications and public relations, in the statement. "In response to the recent shifts in the industry and our strategic imperatives, the company announced it will pause operations at Aurora Sun in Medicine Hat, Alta., indefinitely.

"We remain focused on advancing our portfolio of premium and super premium brands and accelerating innovation in high margin product categories."

In the spring of 2019, Aurora announced plans to expand the design of Aurora Sun and make it a 1.62 million-square-foot facility capable of producing 230,000 kilograms of cannabis each year and employing more than 600 people.

Construction was halted in the fall of 2019 in a cost-cutting move and plans were altered with a goal of opening in 2020 with six flower rooms utilizing approximately 238,000 square feet of the facility's space.

According to Aurora, cultivation began at the facility earlier this year and the licensing process with Health Canada was underway. Approximately 35 people were employed at the facility when operations were suspended.