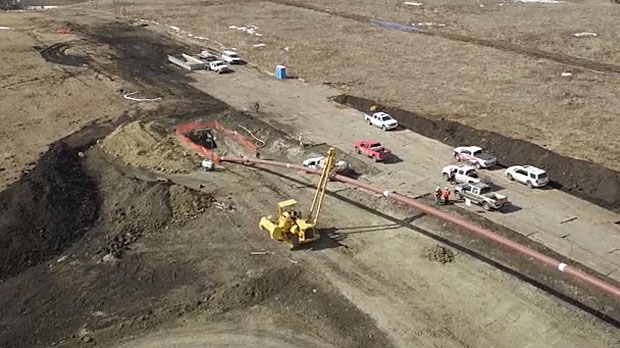 The SCC has dismissed an appeal by the City of Burnaby to overturn a ruling by the National Energy Board about the Trans Mountain pipeline.

The Supreme Court of Canada has tossed out an appeal filed by the City of Burnaby, one of the last court challenges remaining in the path of Kinder Morgan’s Trans Mountain pipeline.

In 2017, Burnaby asked the SCC to review a lower court decision that denied the community the ability to appeal a ruling by the National Energy Board.

The ruling allowed Kinder Morgan to bypass certain bylaws to help progress the Trans Mountain pipeline, a project aimed at tripling the amount of bitumen and oil products flowing from Alberta to the B.C. coast.

Premier Rachel Notley praised the SCC decision on Thursday, saying she was pleased that the court was siding with Alberta.

We are pleased with the Supreme Court’s Decision today to dismiss Burnaby’s leave to appeal. (https://t.co/KPX9vSemxn)

Our government is batting a thousand when it comes to fighting for this pipeline.#abpoli #ableg #tmx #KeepCanadaWorking

She also said that the courts have ruled in Trans Mountain’s favour 17 out of 17 times it has been challenged.

“This project is in the national interest, it has more certainty than ever and we’re pleased it’s moving ahead.”

The Trans Mountain pipeline was approved by the federal government back in 2016 and the Liberal government took the further step of purchasing the project in May of this year to ensure it will be built.

Thousands of people have rallied in protest and the provincial government has raised concerns about the pipeline's possible environmental and economic impact.