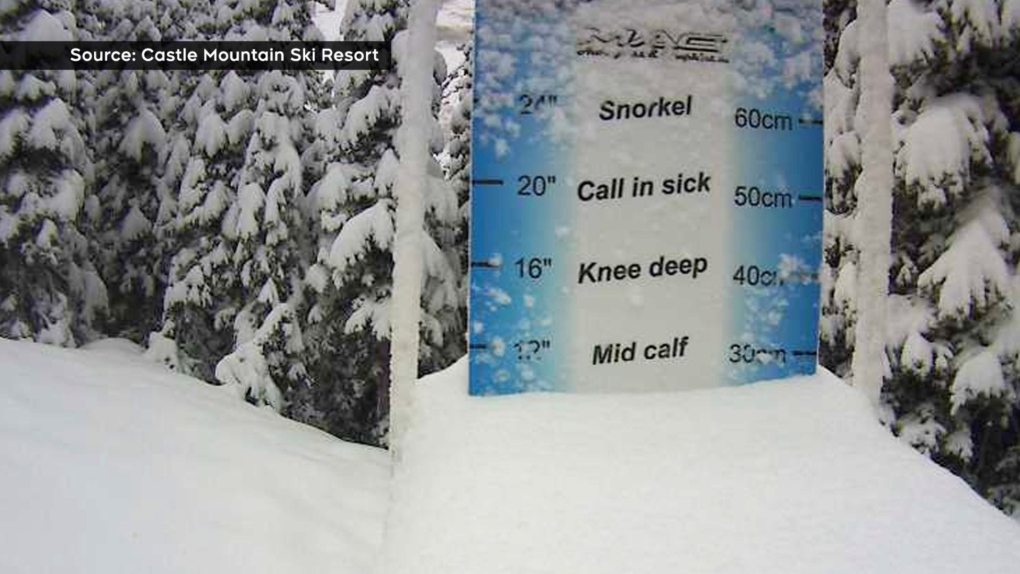 While much of the province was pummelled by heavy rain on Tuesday, areas in the eastern slopes were covered with a fresh blanket of snow.

Castle Mountain Resort employees woke up to find more than half the mountain covered in a layer of powder.

“Being in the Rockies, anytime of year, you’ll for sure see dustings of snow up on the alpine," said guest services coordinator Kelly Dolan.

“But to wake up to close to 30 centimetres at mid-mountain, the snow line's even a little bit lower than that, is unexpected for sure.”

Dolan has worked at castle for more than two years, but says this is one of the largest snow dumps they’ve seen this late into the season.

Colder temperatures on the hill overnight caused the snow to stick at about 300 meters up from the base.

Dumps like this are unfortunate due to the maintenance that needs to be done in the off-season.

However, with some warm days ahead, staff don’t expect it to stay for long.

But the recent snowfall has gathered lots of attention online.

“People have definitely been re-sharing and being surprised at the amount that was on the snowboard this morning,” Dolan said

With flooding happening across the region and province, the snowfall at castle has come as a shock to most.

But some employees are already getting excited for next winter.

“I think it’s a little bit of mixed emotions, people worried about the flooding in the area, but on top of that, people are just stoked for the ski season next year,“ said marketing coordinator, Kevin Aftanas.

“I mean, personally, I’m so stoked for next year’s season.”

With more precipitation forecast overnight, they’re expecting a bit more snow before tomorrow, but nothing like they saw this morning.