CALGARY -- Kerri Einarson and her rink from Manitoba realized a dream at last year's Scotties Tournament of Hearts. Einarson beat Rachel Homan and Team Ontario 8-7 in 11 ends in the championship game.

So at this year's Scotties in Calgary, which kicks off Friday at WinSport, the rink will have a different look. They’re here as the defending champs and that means they get to wear the red and white of Team Canada.

Einarson says it’s going to be an amazing feeling when they step onto the ice on Friday night to play Team Wild Card Two.

"When we got our jerseys in the mail, it was just so exciting to open them up and just see Team Canada on the back of them," she told CTV.

"It’s a pretty amazing feeling.  So to finally be able to wear them on the ice is something pretty special."

That’s not the only thing that will look different about the Einarson rink this year. They’ve also hired a new coach and it’s a familiar name to Alberta curling fans. Two-time Scotties champ Heather Nedohin has climbed on board to help guide the team.

"I think Heather is a really great fit for our team and she brings that energy and she’s very organized so she keeps us all on our toes." 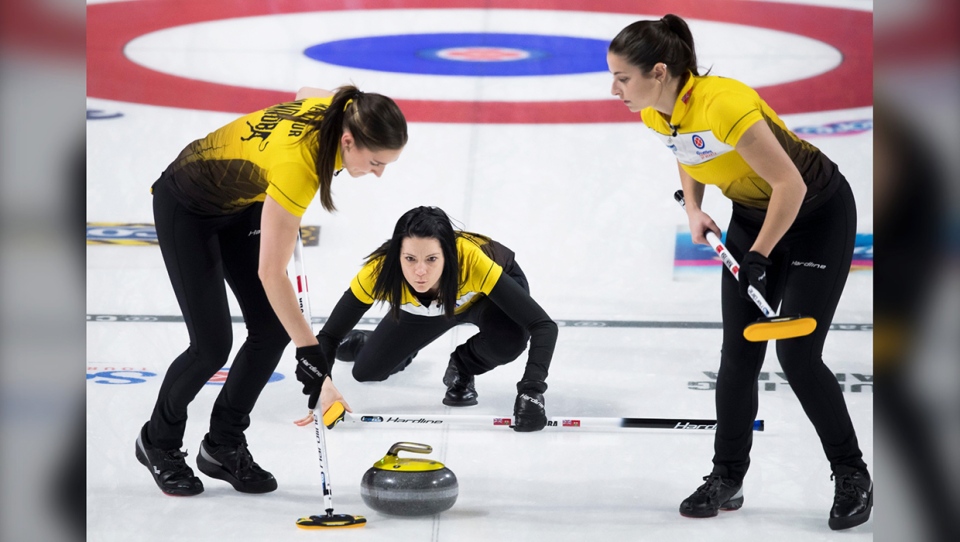 This will be Nedohin’s first coaching job and it wasn’t a hard decision to join the defending champs. She says Team Einarson has everything it takes to be a great team for a long time.

"What a lineup. Right from the lead, second, third and skip," Nedohin said. "They’re very dynamic players with very aspirational goals.  They’re very eager, young and energetic.  They have lofty goals and I think they’re attainable."

Nedohin played many big games in her curling career and she’s hoping she can relate to Team Einarson on and off the ice.  She says she’s really looking forward to this new challenge.

"It’s going to be fun to evolve with them and you know keep learning," Nedohin said. "They’re four young ladies that are really eager to make sure their games keep elevated and how can that not be fun when you’re got everyone all in."

Einarson begins defence of her title in Friday night's first draw as she goes up against MacKenzie Zacharias.