The unintended environmental consequence of mandatory roadside checks in Calgary 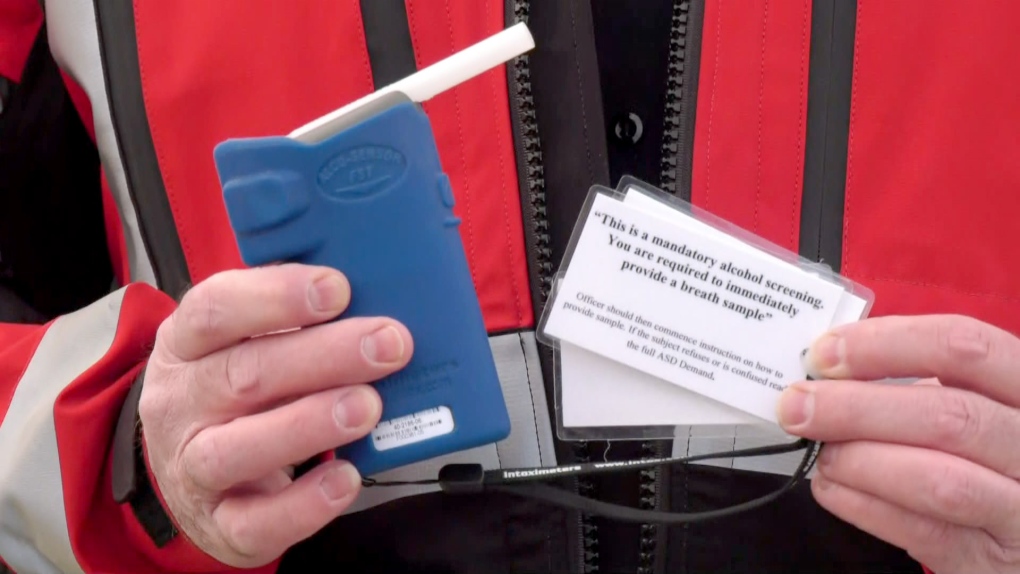 All drivers are required to submit to a roadside screening test when pulled over, but what happens to the straws once the test is done?

CALGARY -- James Reed was driving home in southeast Calgary last month when he got pulled over for not having proper mud flaps on his truck.

When the officer approached his vehicle, because of Calgary police's expanded policy requiring all drivers to submit to a roadside breathalyzer when pulled over, the interaction started with Reed having to blow into the handheld device.

He didn't blow hard enough the first time, so he had to do it a second time.

Reed hadn't been drinking, so the test came back negative, and the encounter ended with two things happening -- Reed drove away without getting a ticket (he'd taken a mud flap off so he could paint his wheel well) and the two plastic straws used for the tests were discarded on the ground.

And that raised a serious question in Reed's mind: What is supposed to happen to the straws used on roadside screening devices?

"It's littering," he said. "If I threw that on the ground in front of the cop, I would be up for a littering fine, would I not? But he can throw it on my street?"

Mandatory roadside tests began in Calgary just over a year ago, with eight members of the traffic unit conducting them at the start of every stop. During that time, according to CPS numbers, 15,600 tests were done, resulting in 142 charges and 359 provincial sanctions.

The program was expanded at the end of January to include all CPS members on duty, which numbers around 200 at any given time. Extrapolating those numbers — there are about 25 times more officers doing the checks now — means there could be 25 times more straws having to be disposed of.

It's an issue that wasn't even on the radar of groups like Plastic-Free YYC, but co-founder Isabelle Couture says situations like this can serve as a reminder of how easily unintended environmental impacts can crop up.

"It goes to show we don't think enough about the waste we put out there," she said.

"Issues around public health and safety are issues where waste is to be expected, but that being said, there should still be measures taken and put in place so the waste is disposed of properly. We'd like to see CPS take ownership and find more proper ways of disposing of the waste. Maybe even looking at ways they can be recycled if possible."

In a statement, CPS says roadside checks have been done since 1973 and the common practise has been for the straws to either be given to the person taking the test to throw away, or disposed of by the officer, "in an appropriate garbage container."

"The Service recognizes that as our Mandatory Alcohol Screening program expands to all frontline members to comply with federal legislation, that the number of straws used will increase as well," reads the statement.

"Roadside testing has taken place in Calgary since 1973 and common practice is for the testing straws to be given to the person taking the test or for the officer to dispose of the straws in an appropriate garbage container."