Thousands unite in Calgary to stand against racism, police brutality 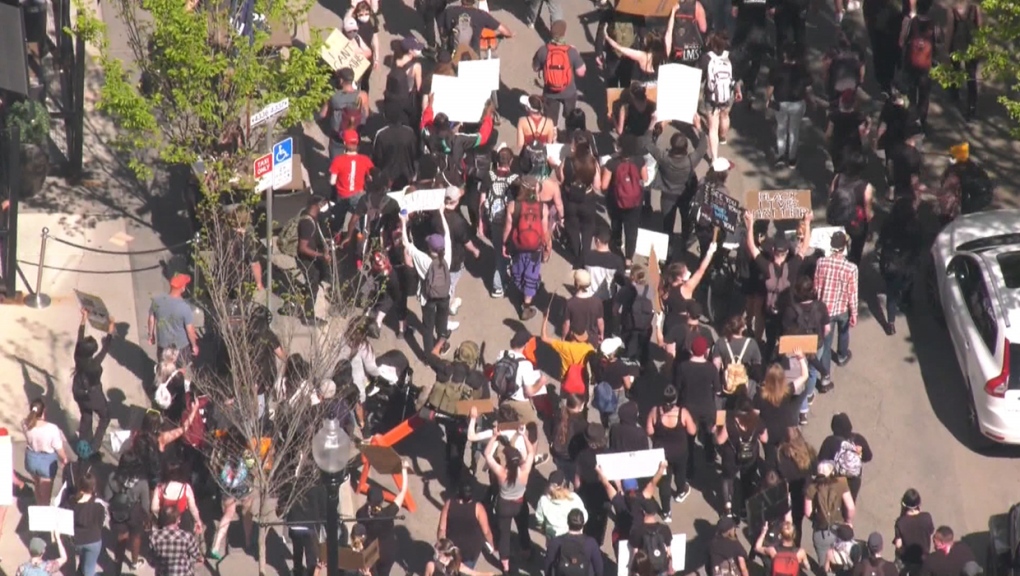 The YYC Justice For All Victims of Police Brutality march stretched for blocks along 17th Ave. S.W. on June 3, 2020

CALGARY -- A massive gathering of more than 2,000 people walked downtown streets and through the Beltline Wednesday in a show of support for the Black Lives Matter movement.

The YYC Justice For All Victims of Police Brutality event was the third major rally to take place this week in Calgary and the largest to date.

The sea of people made their way from Memorial Plaza over the Louise Bridge, through the Beltline and along 17th Avenue S.W., and toward city hall. The march culminated in a candlelight vigil at Olympic Plaza.

Protests have been taking place in locations around the globe in the days following the death of George Floyd, a black American man, at the hands of police in Minnesota.