To B.C. or not to B.C.: Albertans split on idea to leave the province this summer

CALGARY -- Alberta residents looking to fill their summer vacation time are faced with much fewer options than in previous years.

The rules put in place because of the COVID-19 pandemic – physical distancing, a closed Canada-U.S. border and mandatory quarantines – means that potential destinations are limited.

Alberta Health advises against people from travelling outside the province this summer, but that doesn't mean people aren't considering it anyway.

"We actually plan on going to B.C. this year," said Rick Irwin. "We haven't seen our grandson since December. We have a private campground in Kelowna, so that's the plan anyway."

But that didn't mean Irwin, or his wife Betty, weren't worried about COVID-19.

"We've had this booked for quite a while and weren't sure if we were going to go ahead with it," he says.

"We were supposed to go in April for our grandson's first birthday party, so we've been super isolated since then," adds Betty.

They also called ahead to the campground to ask and have been told B.C. wants Albertans to come.

"They say, 'Absolutely, come and join us,'" Rick said.

However, other Albertans are anxious about going outside the province and are happier to spend their vacation time close to home.

"We have beautiful mountains and beautiful scenery here," said Adam Filiatreault, who came down to the Banff area from Edmonton. "I don't know why I'd go to B.C." 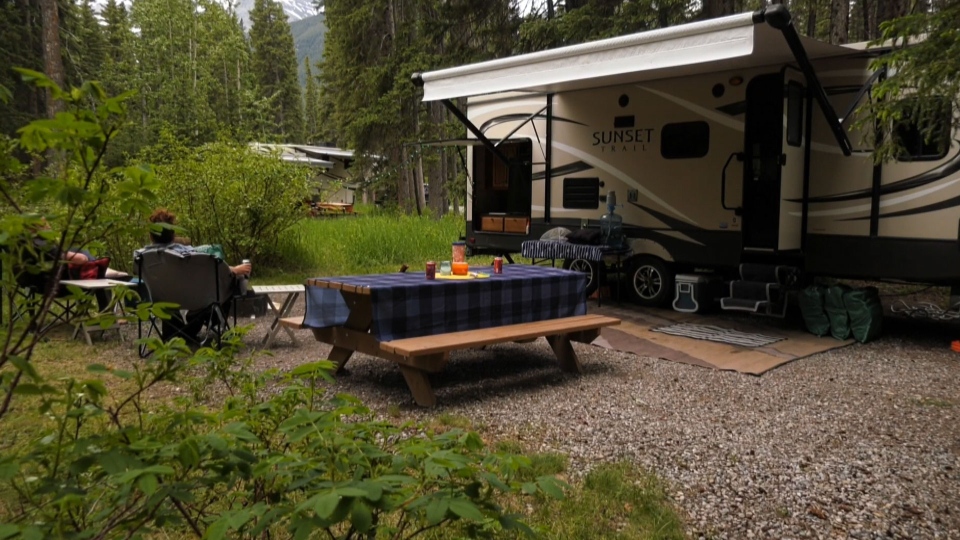 "Albertans are deeply integrated into the communities on the border, whether it be in the Columbia Valley or the Okanagan and here on Vancouver Island as well," he said.

Horgan said once the modelling numbers come out next week, it should show inter-provincial travel is safe.

"Canadians have the right to travel within our country. We have never proposed putting up obstacles between Yukon territory, Alberta and British Columbia. Quite the contrary."

Alberta health authorities also haven't installed any restrictions on inter-provincial travel, but the message has always been to recommend against leaving the province unnecessarily.

But that doesn't mean Albertans are bound to stay home this summer.

"While it is my recommendation, there's no legal requirement right now with respect to travelling inter-provincially," said Alberta's top doctor Dr. Deena Hinshaw Wednesday. "If Albertans are choosing to travel, it's important that they consider where they're going and to follow the same public health guidance wherever they go."

If their summer travels take them into an area with a high amount of COVID-19 activity or in close contact with someone who has the illness, Hinshaw says they need to be even more careful.

"They should isolate, no matter where they are in the country, get tested and make sure they aren't passing that on to other people."