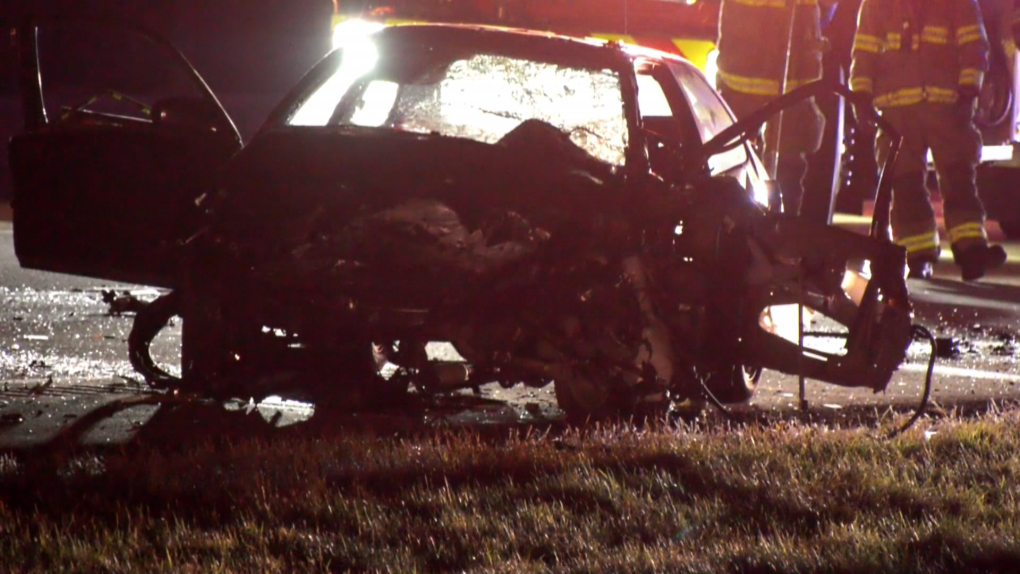 A damaged vehicle east of Chestermere, Alta. following an Oct. 13 crash on the Trans-Canada Highway that sent two people to hospital.
CALGARY -

Two men were taken to hospital following a Wednesday night crash near the east edge of the city of Chestermere.

EMS crews responded to a location on the Trans-Canada Highway near Range Road 281 shortly before 9 p.m. after two vehicles collided.

According to EMS officials, a man in his 30s, who had been trapped in the wreckage, was airlifted to the Foothills Medical Centre by STARS Air Ambulance in serious but non-life threatening condition.

A man in his 20s was taken by ground ambulance to the Foothills Medical Centre in non-life threatening condition.

The eastbound lanes of Highway 1 were closed to traffic in the area for several hours but reopened shortly after midnight.

An investigation into the cause of the crash is underway.