Unvaccinated are 'the most discriminated group,' Alberta premier says

Unvaccinated are 'the most discriminated group,' Alberta premier says

Alberta's premier, during her first media conference on the job, said the way that unvaccinated residents have been treated is "unacceptable" and she is looking to defend their rights while she is in office.

Danielle Smith made the comments in Edmonton on Tuesday after she was officially sworn in. During the media availability afterward, she was asked about why she felt vaccine choice needed to be protected.

"The community that faced the most restrictions on their freedoms in the last year were those that made a choice not to be vaccinated," Premier Smith said.

"I don't think I've ever experienced a situation, in my lifetime, where a person was fired from their job or not allowed to watch their kids play hockey or not allowed to visit a loved one in long-term care or hospital or allowed to get on a plane to go across the country to see family or travel across the border."

She says unvaccinated Canadians "have been the most discriminated group" that she's witnessed in her lifetime.

"That's a pretty extreme level of discrimination that we have seen," she said. "This has been an extraordinary time in the last year in particular and I want people to know that I find that unacceptable."

Meanwhile, Alberta's Official Opposition says Smith's outlook on unvaccinated Albertans is another way that the UCP has refused to change its stance on any marginalized group.

NDP justice critic Irfan Sabir says, in Alberta, there has been discrimination in all fronts.

"People are literally getting hurt because of their faith," he told CTV News in an interview. "Hate-motivated crimes are on the rise.

"We also know the UCP has not made any meaningful steps toward reconciliation. They have not taken action to combat racism or hate-motivated crimes. They have not even committed to collecting race-based data." 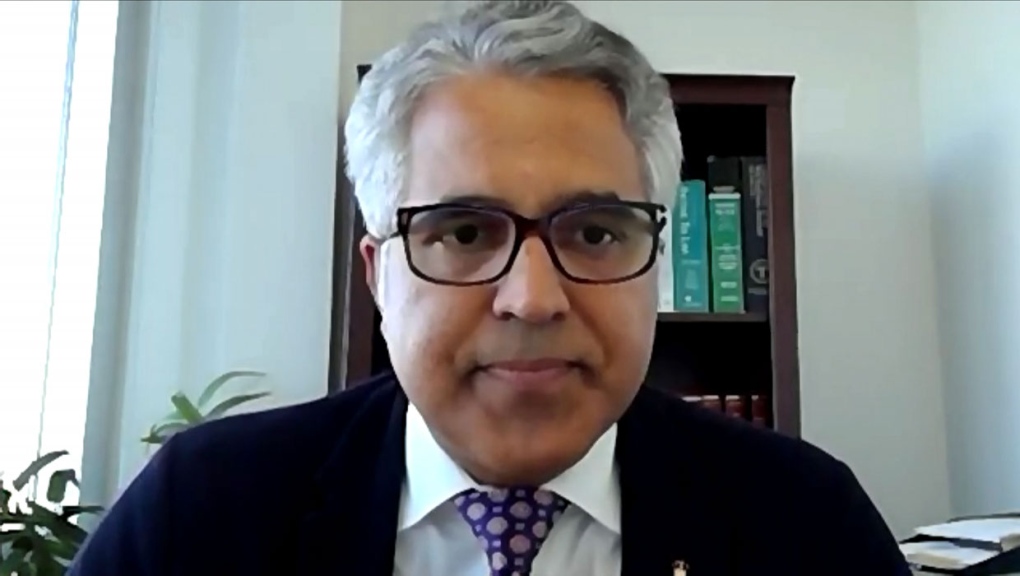 Sabir says Smith's comments will only "further divide our province" and take away from the hurt that racialized Albertans and members of the LGBTQ2S+ community feel every day.

"She has already demonstrated that she is not ready to govern for all Albertans," he said.

Smith's comments are also being heard outside Alberta, where B.C. Minister of Jobs Ravi Kahlon referenced the Kenney UCP's "Alberta is Calling" economic strategy in a social media post.

Nevertheless, Smith says vaccination, particularly for COVID-19, needs to be thought about differently. It needs to be looked at in the same way that doctors look at influenza immunizations, she says.

"Vaccination really is for self-protection in this case because you have to make your own choice about your own medical status in conjunction with your own doctor and your own pre-existing medical conditions and we have to stop trying to victimize a particular group because they made a different choice."

One of the items on Smith's to-do list is to amend the Human Rights Act to protect the rights of unvaccinated Albertans.