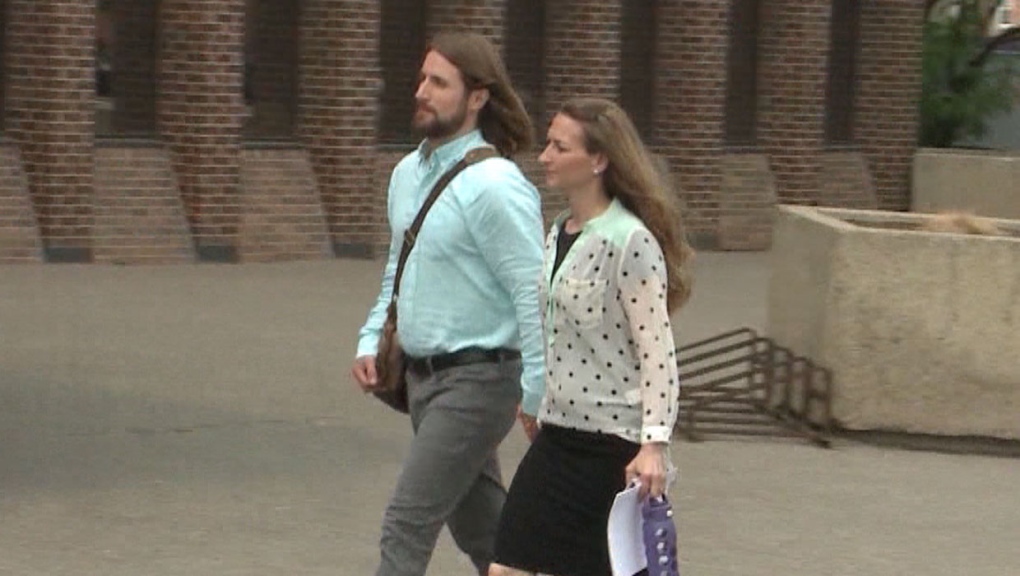 The judge in the second trial of David and Collet Stephan, Alberta parents accused of failing to provide the necessaries of life for their son, will hand down a verdict next month.

Closing arguments have wrapped up in the re-trial of David and Collet Stephan and while prosecutors says they were aware their son was sick, the couple claims the system failed them.

The Stephans are charged with failing to provide the necessaries of life to 19-month-old Ezekiel, who died of bacterial meningitis in Calgary in 2012.

During the trial, the couple testified they believed the young boy was suffering from an upper airway infection and were treating him with natural remedies including garlic and horseradish.

They said the young boy appeared to be recovering at times and also felt there was no need to take him to hospital.

A day before Ezekiel stopped breathing, the court was told a family friend advised Collet to seek medical help, but she ignored that advice.

The Crown told the court during closing arguments that was when the couple put Ezekiel's life in danger.

"Both parents knew the child had meningitis," Crown prosecutor Britta Kristensen said. "Knowing that he had meningitis -- there were forms of it that are fatal and fast acting -- it was incumbent on them to see a doctor and a doctor's supervision."

The only time when the couple decided to seek medical treatment was when Ezekiel stopped breathing and they called for an ambulance.

David Stephan, representing himself during the proceedings, said the fault lies with the ambulance not being properly stocked with equipment to treat his son.

He also contended there were elements of prejudice against him and his wife because they are 'sovereign citizens', people who believe in common law and don't feel responsible to any government.

Defence counsel for Collet said in closing arguments that the couple is "not stupid" and would have sought medical help if they truly believed there was a problem.

"These parents are still looking for answers. They still don't quite understand how it happened. It's been a quest for truth for them for seven years," said defence lawyer Jason Demers.

This is the second trial for the couple after their first convictions were overturned by the Supreme Court of Canada.

Justice Terry Clackson will announce his verdict in the case on September 19.