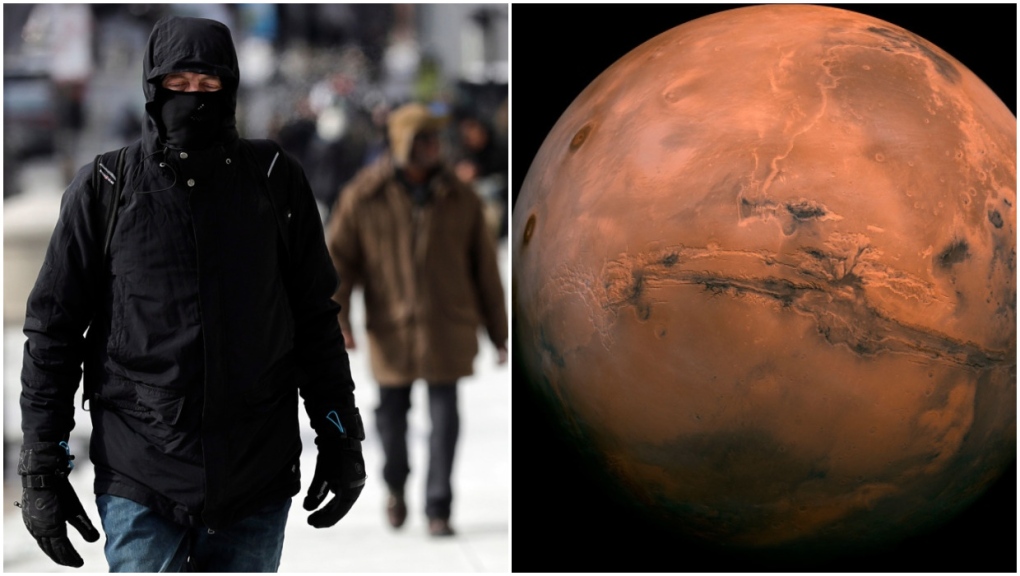 CALGARY -- Albertans looking to escape the cold and head to warmer climes have plenty of travel options available: Mexico, Jamaica, Thailand or … Mars?

In Calgary, it reached a low of –31.2 C early Wednesday, according to Environment Canada, while in Edmonton the mercury dipped to –34 C.

And along with Mars, Alberta was colder than a number of other well-known spots, like Siberia, which sat at –11 C Wednesday morning, and Nuuk, Greenland, where it was  –12 C.

The extended cold snap is bringing its share of issues for Albertans to deal with.

The Alberta Motor Association (AMA) said Wednesday it has received 30,700 calls for assistance since Sunday, which is about six times the usual volume.

"People's safety is our top priority," said Brandon Klassen, a manager with AMA Automotive Services, in a statement.

"We’re prioritizing calls to ensure people in emergency situations receive help as quickly as possible and thank Albertans for their understanding as we work around the clock to reach those in need. It's absolutely all hands on deck over here."

With forecasters saying a reprieve won't come until the weekend, AMA offered tips for motorists, including:

The cold is also making life difficult for city crews as they deal with a number of water main breaks in Calgary, affecting more than 200 homes.

And Winsport has decided to keep the ski hill at Canada Olympic Park closed through Friday because of the cold, with the reopening expected Saturday.