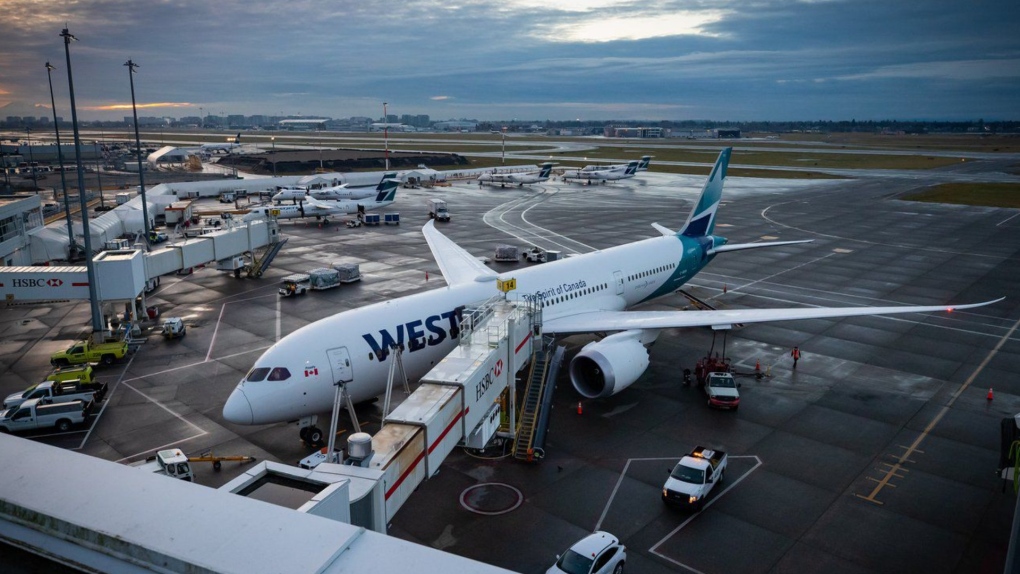 A WestJet Airlines Boeing 787-9 Dreamliner is seen parked at a gate at Vancouver International Airport, in Richmond, B.C., on Jan. 21, 2021. The WestJet Group has announced a new strategy that will see the Calgary-based airline refocus its routes and fleet on serving Western Canada. (THE CANADIAN PRESS/Darryl Dyck)
CALGARY -

The WestJet Group says it plans to refocus its routes and fleet on Western Canada.

The Calgary-based airline says in the wake of a strategic review, it has decided to shift resources to grow its presence in the West.

It says it will add routes to more communities and centre its existing wide-body 787 Dreamliner fleet around Western Canada.

The airline says it will pause future acquisitions of wide-body Dreamliners, which it uses to fly trans-Atlantic routes, focusing instead on additional narrow-body growth instead.

WestJet also says its regional fleet of De Havilland Q400 turboprop aircraft will be 'shifted and right-sized' to focus on Western Canada.

The airline says it will continue to be a national airline with a significant presence in Eastern Canada, but primarily through direct connections to Western cities.

This report by The Canadian Press was first published June 16, 2022.

Former U.S. President Donald Trump will be questioned under oath Wednesday in the New York attorney general's long-running civil investigation into his dealings as a real estate mogul, he confirmed in a post on his Truth Social account.