What's inside Francis Willey's burnt suitcase and other illuminations: What's on in Calgary Feb. 19 -21 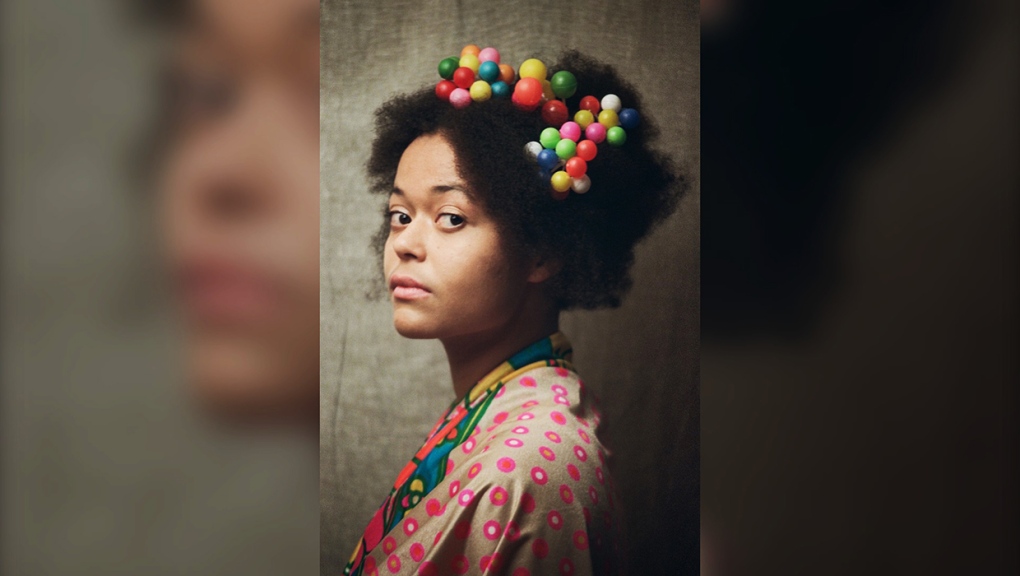 Liv, by Francis Lilley, is part of Illumination, a solo show featuring 30 years of Willey's film photography on display at Collector's Gallery in Inglewood, as part of the 2021 Exposure Photography Festival

The suitcase is what’s left over from a 2011 fire that burned down the Calgary  house where Willey, a Calgary artist with international roots that extend across the planet, lived with his two daughters and partner Sanja, with whom he co-founded the photography journal Seities, around the same time.

No one was injured, as Willey was out playing piano that night but as an artist, both visually and literarily, he comes from the analogue era. He shoots his dreamy, evocative portraits, 35 of which are now on display as part of the Exposure Photography Festival on film. For years, he wrote poetry on a typewriter, one copy, and when the house burned down, gathered what remained into a hippie bag he got for five dollars at a Goodwill store and carried out.

The unanticipated twist with this particular personal trauma, explained Willey in an interview with CTV News, is that sometimes the flames didn't destroy the images he created - they improved them.

Illumination, his first solo show since he had one in Berlin in 2007, is currently on display at the Collectors Gallery on Ninth Avenue in Inglewood.

You can see one of the pieces, Phoenix, hanging on the wall, a sepia-toned portrait of a young woman with hypnotic eyes framed by heat damage. 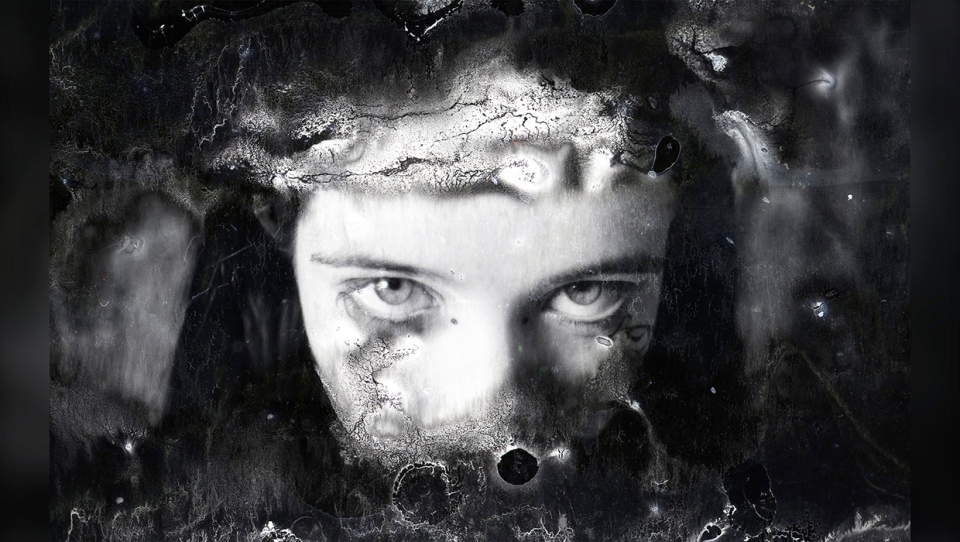 It doesn’t really come from any time but also feels like the perfect sort of photograph for a pandemic, where reality has been crumbling like a fire-damaged photo in front of us for a year now.

“The fire made the choices of altering my image,” he said.

The reality of the pandemic is that everyone is stuck in the house all the time, and so one day Willey went all Marie Kondo and forced  himself to crack open the burnt suitcase and explore what was inside.

"Some of it you can’t even tell what’s on the film neg," he said, "because the emulsion of it flipped and burned and scarred from the fire and altered it where it kind of slips off the celluloid part where it becomes a ball, or it’s melted, or curled - and then some of them are (actually) intact."

And then, along with the image that became Phoenix, he discovered a trio of images that were completely intact, of Edmonton spoken word artist Shima Robinson and her mother.

They’re in the show too.

They’re all part of Willey’s unusual artistic journey, featuring other artists who he’s crossed paths with, in places like Los Angeles, or Drumheller, or Europe.  Willey  has shot for Italian Vogue and one of the photos in the exhibition is on display in the Louvre. 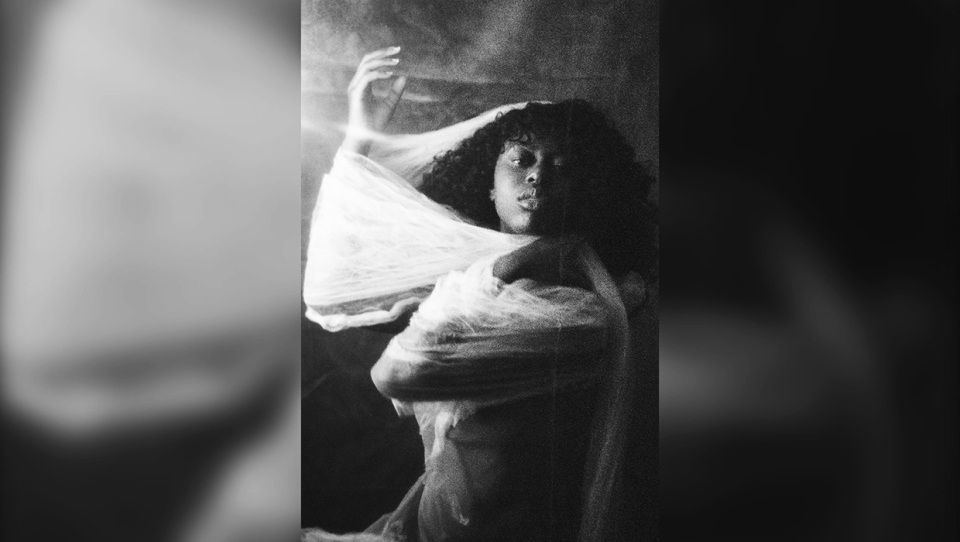 It’s just one show from Exposure, which showcases photography from around the world, and the best thing about it is that you can actually walk into a gallery and see Willey’s photos up close rather than logging on. Some galleries are open, some are outdoors and some are online this year.

Oh, and in addition to the bag of poems, and the burnt suitcase full of ruined negatives, Willey decided, in 2011, to turn the page on a personal trauma one day shortly after losing just about everything.

"I went and bought myself a hat at Smithbilt Hats," he said.

"I don’t know what the psychological aspect (of that was),” he said. "I just bought a hat - the felt is from Portugal. I’ve never been to Portugal, so it’s almost like I’m almost there."

"Because I lost my bowler hat in the fire a musician friend gave me, he traded me for I don’t know, like a  four star stetson hat. He got the bowler hat from a theatre company and he liked the cowboy hat and we did a switch. 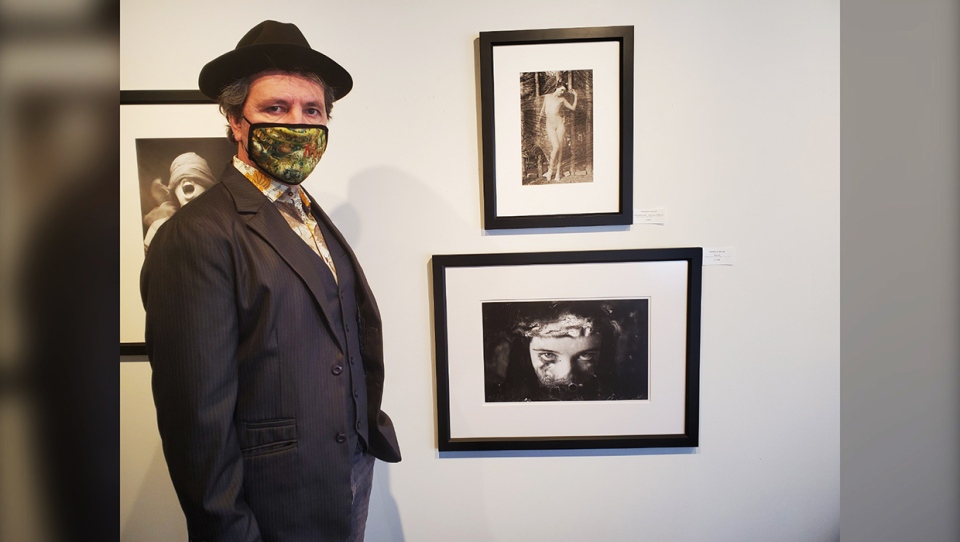 Illumination runs through Feb. 28 as part of Exposure at the Collectors Gallery in Inglewood.

What Else is on in Calgary this weekend:

Michael Reidel, Wordfest.  He’s the bard of Broadway, a dishy New York Post columnist who has been tormenting and delighting show producers on the Great White Way for 25 years now. Reidel will chat about his latest Broadway book, Singular Sensation: The Triumph of Broadway, with Alex Kingott, as part of Wordfest. Riedel will talk about the rise of the Broadway musical in the 1980's and 1990's, from Phantom of the Opera and Les Miserable to Sunset Boulevard and The Producers. Expect plenty of hot dish and a blueprint for what's next for Broadway when the pandemic recedes and audiences can return to the theatre.  It’s tonight, it’s free and it’s at 7 p.m. 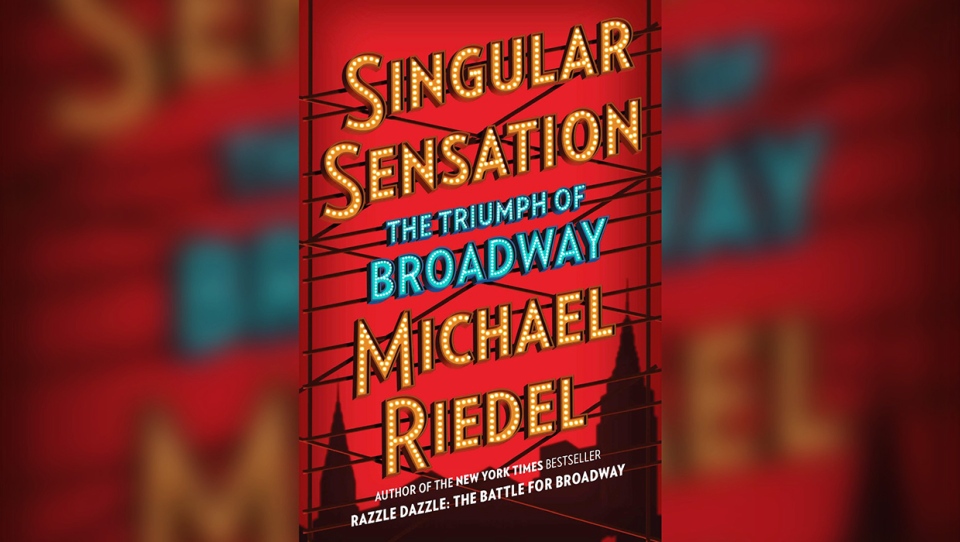 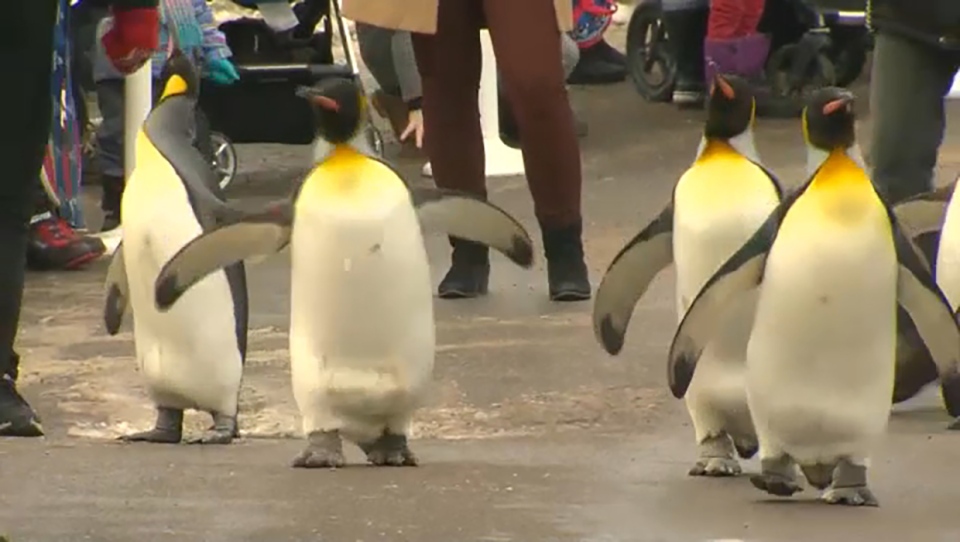 Tube Park at Winsport:  No one blows out a knee riding down a ski hill in an inflatable tube. There are eight lanes of fun. A magic carpet brings you and your tube to the top of the hill. The Tube Park is open, socially distant and offers a view that can't be beat - and it's one of the fastest parks of its kind in western Canada. 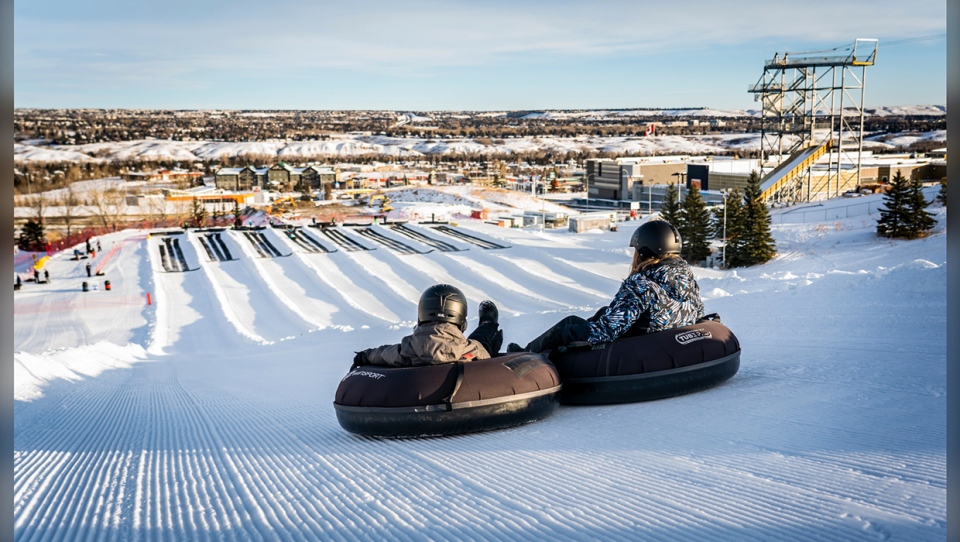 Crystal Pite, Heart & Soul (Online). Crystal Pite is a true Canadian art superstar. She’s the Drake of contemporary dance, the Great Gretzky of choreography, someone based in Vancouver  who has moved to the top of the global dance class right as dance everywhere got shut down. Body and Soul, which she created for the Paris Opera Ballet in 2019, is having its Canadian (virtual) premiere this week as part of a presentation by Calgary’s Springboard Performance, the company run by Nicole Mion, the same local arts champion who produces the Fluid Festival and also runs ContainR and other cool public spaces throughout the city.  If you want to go to Paris in your mind, Springboard is teaming up with Sidewalk Bakery, Alliance Francaise, Shelf Life Books and Metrovino to help.  Body and Soul streams through Feb. 23. 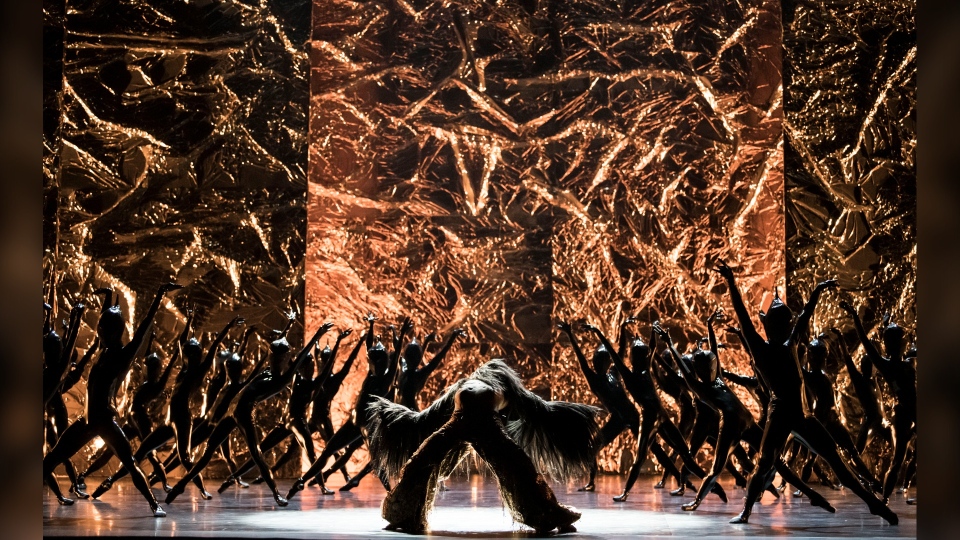 DJD, Black Film Festival: A documentary about the history of jazz dance being screened at the Black Film Festival in Toronto features Calgary's Decidedly Jazz Danceworks, which has always paid homage to the African roots of contemporary dance over the course of its four decade long history. The festival is also screening the made-in-Calgary documentary John Ware Reclaimed, by Calgary playwright Cheryl Foggo. 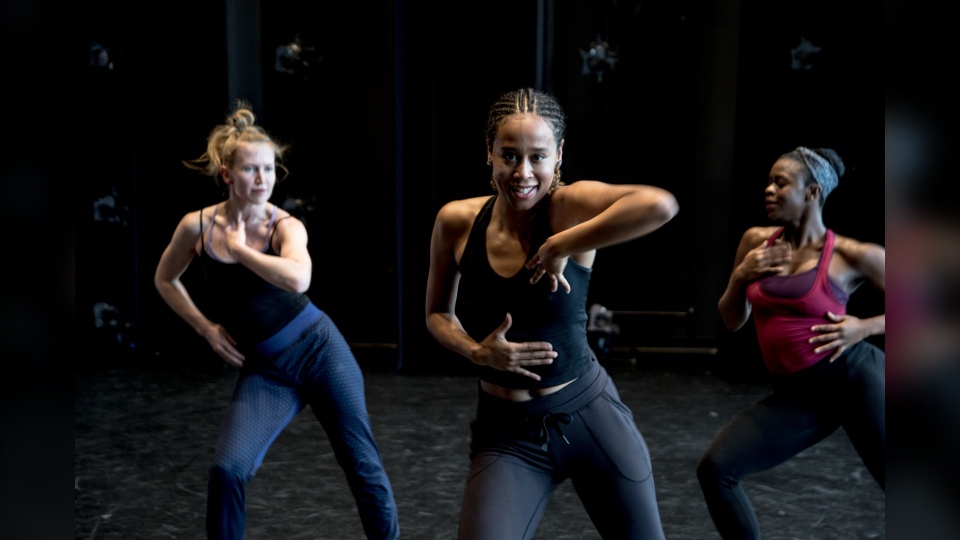