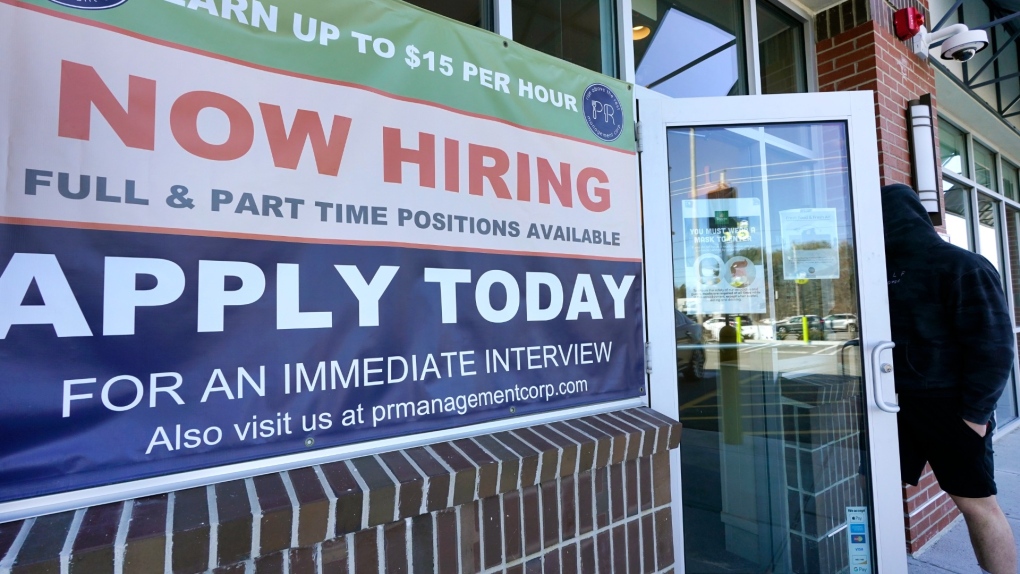 Nikita George was a fine arts grad looking for a job in the music industry when the COVID-19 pandemic hit.

With concert venues shut down and music schools closed, the Calgary woman quickly realized she had two choices - sit home and wait for things to improve, or set out on a completely new path.

"At first I was a little bit scared, because it's a big jump from music and teaching to tech," George said. "I thought about just waiting (for the pandemic to end), but then I thought maybe I should take advantage of this. Use the pandemic to learn something, develop a new skill, so that there are other opportunities I could go for."

Much has been written in recent months about Canadian employers struggling with labour shortages 18 months into the COVID-19 pandemic. A report released Wednesday provides additional evidence, with more than 60 per cent of Canadian businesses saying that widespread labour shortages are limiting their growth.

The report, produced by the Business Development Bank of Canada (BDC), combines the findings of two surveys - one that polled 1,251 Canadian entrepreneurs in May 2021 and a survey of 3,000 Canadian employees conducted in June 2021. Its findings suggest 49 per cent of business owners have had to delay or have been unable to deliver orders to clients due to a lack of labour.

It also says many small- and medium-sized business owners report job vacancies sitting empty for three or four months at a time, with 61 per cent saying they've had to increase their own hours or their employees' work hours as a result.

However, the report also pokes holes in some of the established narratives we've heard so far about the labour shortage. Contrary to popular opinion, Cleroux said, the pandemic didn't create Canada's labour shortage - it just made an existing problem worse. While COVID-19 certainly disrupted the Canadian labour market by temporarily cutting off the flow of immigrants to the country and by prompting some workers to quit rather than risk being exposed to the virus on the job, Cleroux said the key problem is simple demographics.

"Today, 16 per cent of Canadians are over 65. In the next five years, many Canadians are going to retire," Cleroux said. "And not a lot of young people are entering the job market."

Some employers struggling to hire have suggested that the Canada Emergency Response Benefit and other government assistance programs could be making it more attractive for employees to stay at home rather than return to the workforce as the economy opens up. But the BDC report suggests the phaseout of CERB and programs like it won't fix the problem.

"Now they prefer that job, so they don't go back. That makes the situation worse for some sectors of our economy," Cleroux said. "We want to send a signal to businesses that this is a long-term issue."

Cleroux suggested employers should look to automation and technology to help address workforce challenges, as well as offer a "total compensation package" that includes perks such as benefits, training and flexibility to help attract applicants.

In a report released in August, the Business Council of Alberta also concluded that pandemic-era support programs like CERB are not the driving factor behind the labour force shortage. About one quarter of businesses surveyed by the council said that income supports are a barrier to finding workers, but only seven per cent said they are the most significant obstacle.

This report by The Canadian Press was first published Sept. 29, 2021.