A severe thunderstorm lasted about 10 minutes, but Nathan Canning says that was enough time to blow the entire roof off his Quonset barn and cause thousands of dollars' worth of damage to his Langdon property.

"We got a warning on our phone saying there was a possible tornado and came to look outside and that's when it started hailing really bad and really fast," Canning told CTV News while surveying the damage from Tuesday night's storm.

"It was intense. I mean it was hitting the walls and windows and my house was shaking pretty good that it almost went up." 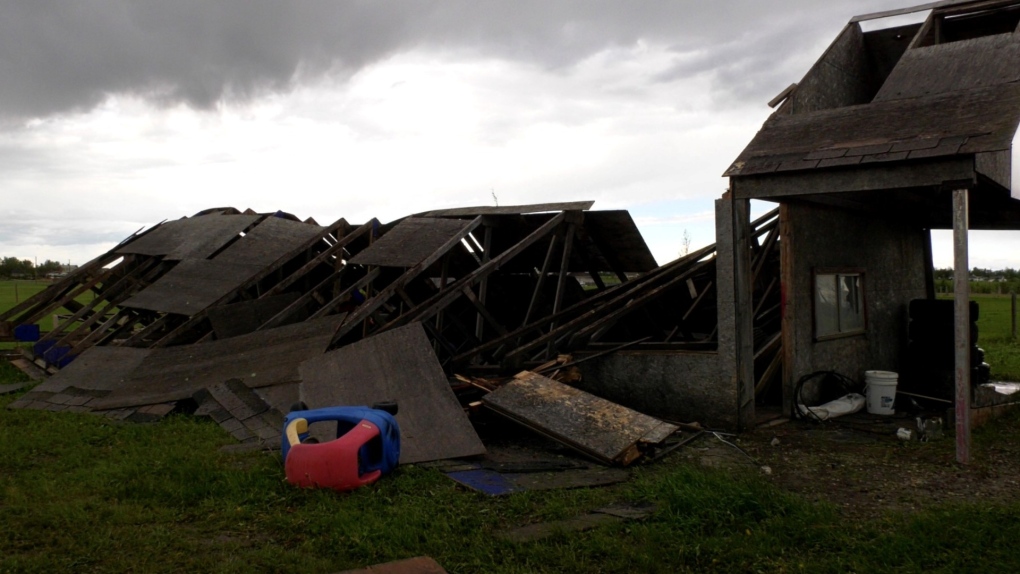 A damaged building on Nathan Canning's property near Langdon, Alta. as a result of Tuesday evening's storm.

The storm, which tracked northeastward between Langdon and Chestermere, is suspected to have produced a tornado along with heavy wind and rainfall.

According to people who live nearby, the hail that fell was the size of large ping-pong balls. The severe weather tore several large holes into Canning's garage and caused several trees to topple including one that fell directly onto his car parked in front of his family's home.

"The shed, the playhouses, the whole yard is absolute carnage," he added. 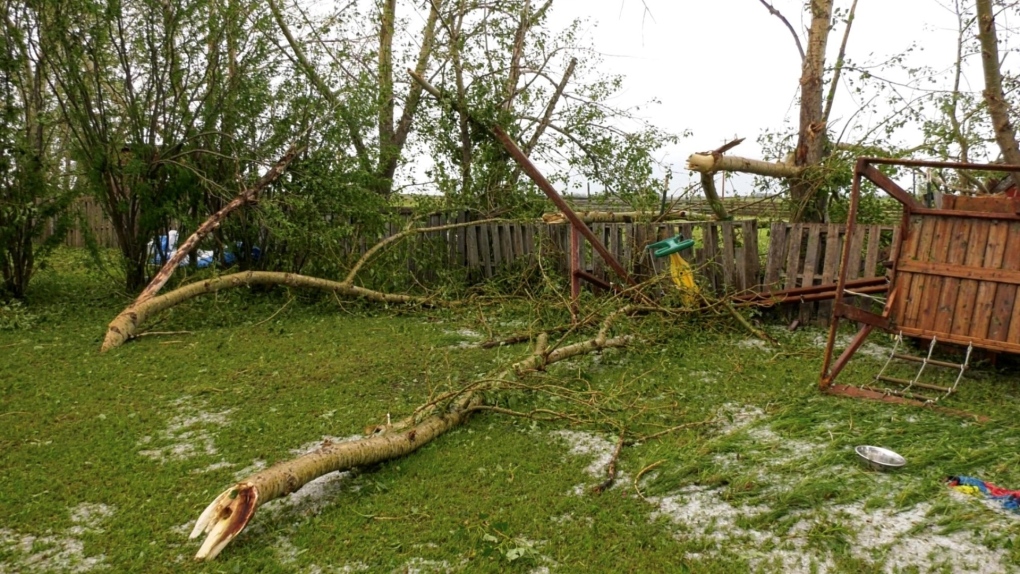 Dave Nickerson, who lives just five kilometres away, was on site Wednesday morning to help the Canning family remove trees and clean up their yard.

"It was pretty dark and pretty windy and wild," Nickerson said.

"I didn't expect it to get this crazy like it did here because it took two buildings down and knocked-cans over, so that's a storm for sure." 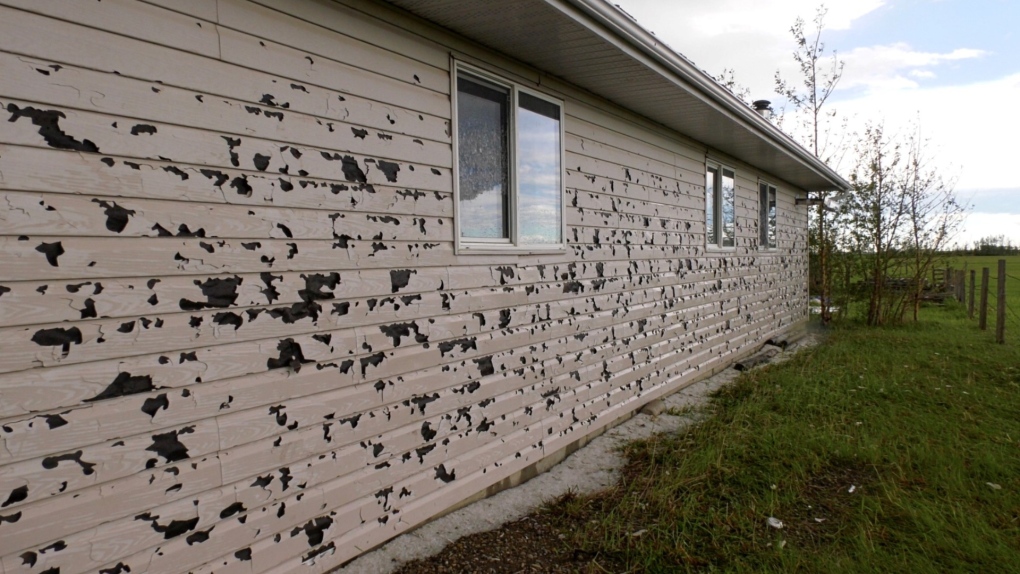 A tornado watch issued for Rocky View County near Chestermere was only active for a short time, but it spoke to the potential for damage to people and property. Environment and Climate Change Canada warned property owners to take proper safety precautions during severe weather events.

"Go indoors to a room on the lowest floor, away from outside walls and windows, such as a basement, bathroom, stairwell, or interior closet," said Tuesday evening's tornado watch alert.

"Leave mobile homes, vehicles, tents, trailers and other temporary or free-standing shelter, and move to a strong building if you can. As a last resort, lie in a low spot and protect your head from flying debris."

As of Wednesday, there has been no official confirmation of a tornado touching down in the region during Tuesday's storm.