Coal mining opponents held a protest outside of the UCP annual general meeting Saturday, hoping to show the government how much support there is for environmental protections in the Rocky Mountains.

The protest comes on the heels of news that two anticipated provincial reports around open-pit coal development have been delayed.

"Coal mining is far too serious for us to be complacent about it," protest organizer Laura Myers said. "We've been taking our Rocky Mountains for granted, and it's time for us to stand up and protect them."

Last year, the UCP canceled decades-old environmental protections that made open-pit coal mines difficult to develop in Alberta. But the ensuing public outcry was intense, prompting a backpedal from the government and a promise to reinstate the protections in the Rockies until proper studies had been conducted.

Energy Minister Sonya Savage has previously promised two reports would take a comprehensive look into public opinion on the matter. One has been delayed twice.

Both are now expected to be delivered to the province at the end of the year.

"It's a hardline 'no' to coal," Piikani First Nation protester Adam North Peigan said. "Open-pit coal mining is going to desecrate our ancestral territory of Treaty 7. It's going to have detrimental harms to our communities today and for our grandchildren."

Many First Nations are worried about the environmental impact to land in the area, and insist the development will poison their water supply.

"The UCP government has to start looking at other ways to sustain the economy through renewal energy," North Peigan added. 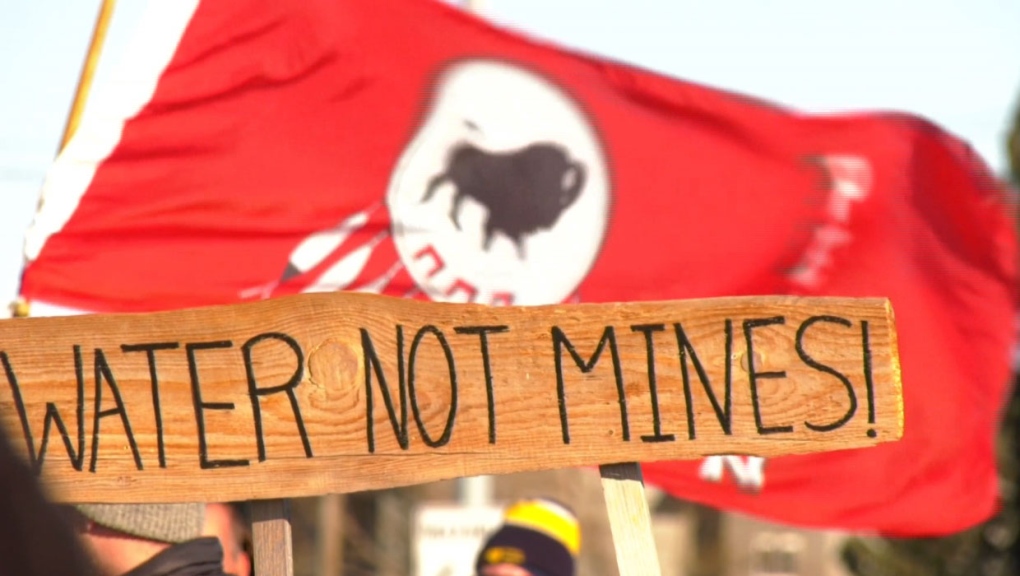 "The vast majority of Albertans are against coal mining in the Rockies," Khan told CTV News. "We've dragged (the UCP) kicking and screaming to moratoriums and pauses and some kind of consultation."

The protest was hoping to draw the attention of the premier and MLAs heading into the AGM.

"This is a peaceful rally," Khan said. "We're on provincial land, away from the casino. We are making our voices heard to the delegates and attending, but in a respectful way."

Savage was unavailable for an interview.

A press secretary said the minister will be making sure the reports are detailed and reviewed in a thorough manner.

Both documents are expected to be massive, they added, something that will likely delay their public release.