The Calgary Stampede says it welcomed 528,998 people through its gates for 10 days of fun.

With international borders closed, event organizers say overall numbers were expected to be down significantly for the July 9-18 event.

On Sunday, officials said about 75 percent of visitors were from Calgary, 13 percent from Alberta and 12 percent from other provinces nationwide.

“We know initially there may have been some skepticism,” said CEO Dana Peers on Sunday.

“But we committed ourselves to open, ongoing an honest communication.”

Event organizers are also proud of the fact it was the first time in Canada that a large scale event of this size was hosted, since the start of the pandemic.

The Nashville North Stampede tent required all partiers to have proof of vaccination or take a rapid PCR test on-site.

Over 10 days, not including Sunday, more than 60,000 people met the pre-entry requirement.

About 73 percent chose to show proof of vaccination, with the other 27 percent being tested.

Of those nearly 16,200 people who received tests, fewer than 18 people tested positive for the virus. All were sent home and asked to contact Alberta Health Services to secure formal testing.

“I’ve been watching friends who haven’t seen each other for two years getting together and making plans for the rest of the summer,” said president Steve McDonough.

“If the Calgary Stampede had anything to do with that, I’m super proud.”

The Calgary Stampede decided to cancel the chuckwagon races for this year, which was devastating news for many local chuck drivers.

But with chuck events occurring in High River and Strathmore this month, the Stampede does not regret its decision.

“We had to make some very difficult decisions early on,” said Peers. “And we certainly look forward to chuckwagon racing again in 2022.” 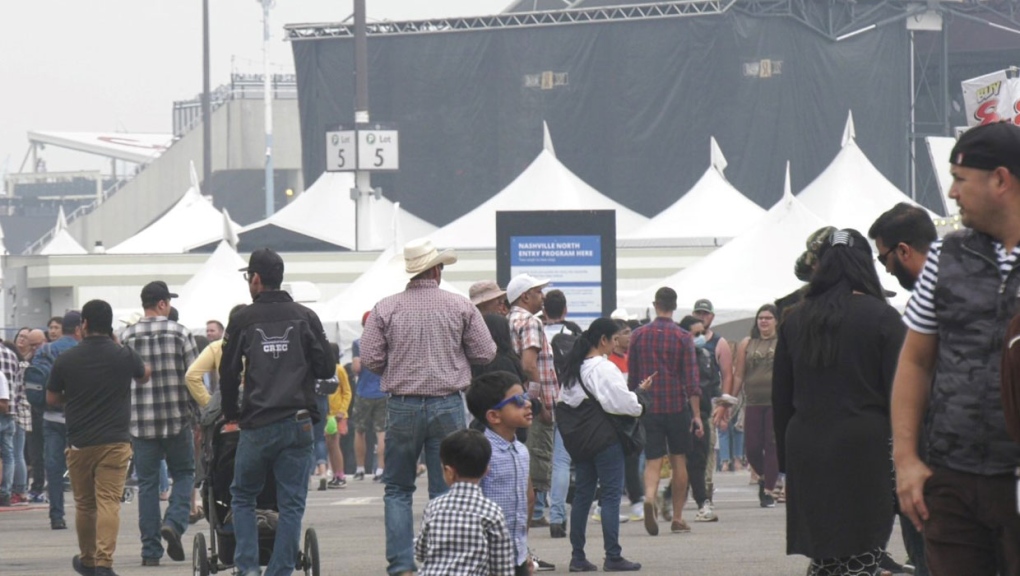 Officials were not able to provide profit margins or deficits for this year until the event concludes.