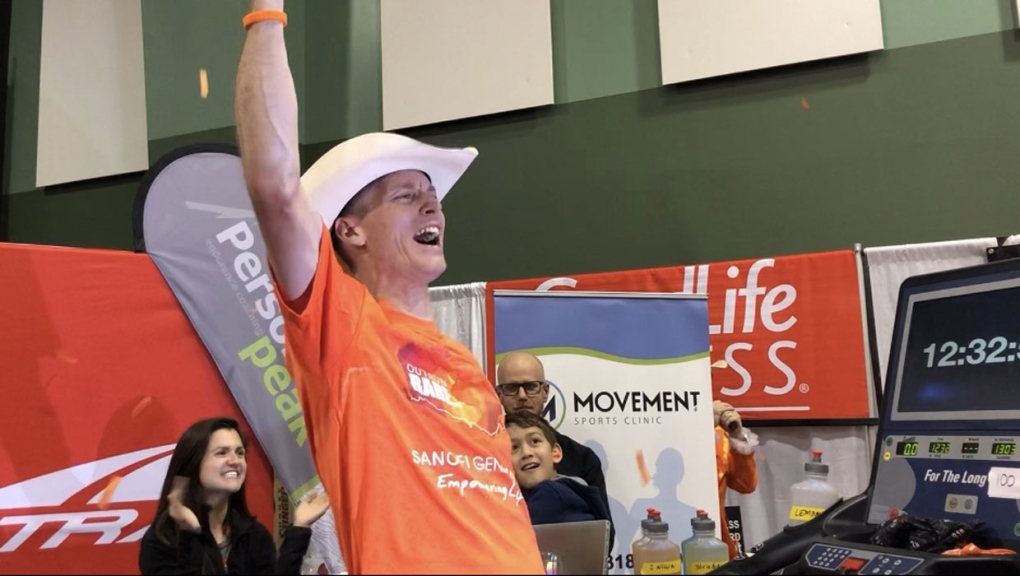 Not only did David Proctor break the record for longest distance under 12 hours, but he also ran 100 miles on a treadmill in a world-class time of 12:32:26.

David Proctor, who set out to beat the Guinness World Record for the greatest distance run on a treadmill in 12 hours achieved his goal on Saturday afternoon.

Proctor is participating in the event in support of research for relapsing encephalopathy with cerebellar ataxia (RECA), a rare disease which has afflicted his son.

According to Canada's Rare Disease Foundation, one in 12 Canadians suffers from a rare disease, but less than a million dollars is raised nationally each year.

(With files from Mark Villani)