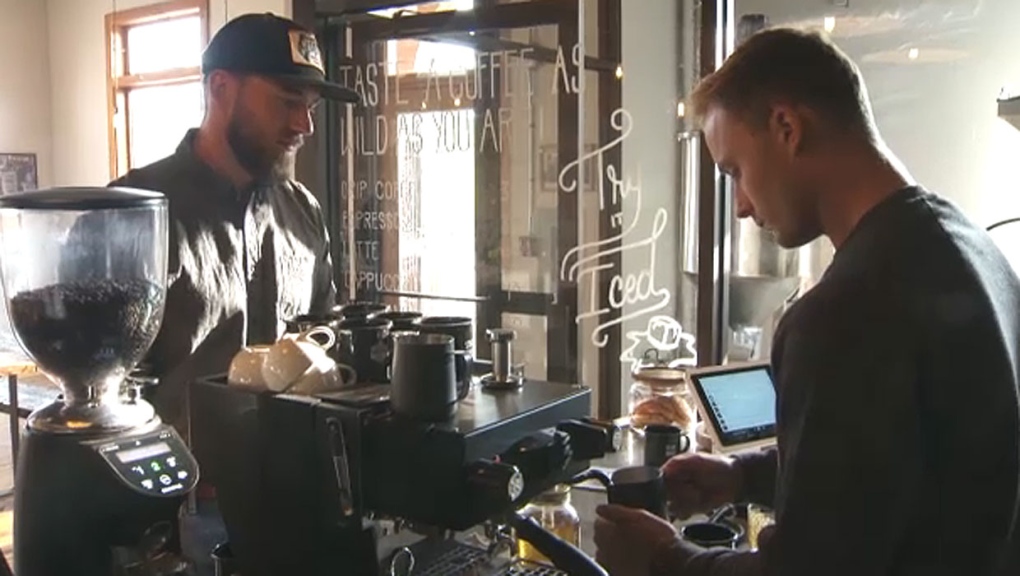 Mike Wenzlawe and Jamie Parker started Calgary Heritage Roasting Company, a few years back and are only now opening their first shop in the historic Snowdon building in Ramsay.

To celebrate the occasion, they are donating all the proceeds from drink purchases in-store towards the firefighting effort in northern Alberta.

The cause is near and dear to the hearts of both men, whose love of java really began when they were at camp on the frontlines of fighting forest fires themselves.

"We were just chatting about how nothing tastes better than when you're in the outdoors. It's the smokie that rolls in the dirt, you pick it up and eat it. It's better than any filet mignon," Wenzlawe said. "That nostalgia and experience is something that we wanted to recreate."

Parker says their experience fighting wildfires took them to every corner of the province and even all across the country. He admits the hardest part of the job was leaving it.

"It was incredibly rewarding. You'll never meet better people in your entire life and you'll never see harder workers. Moving into the entrepreneurial world, it has its own challenges but I really, truly think being a wildland firefighter, working 24 days on, sleeping in a tent every night, working 12 to 16-hour days in the most horrendous conditions I think people do work in; it sets you up for that grit factor when it comes to owning a business."

Wenzlawe says the opening weekend of their shop, plus the current situation in northern Alberta, was the perfect time to do something special to help out.

"We really thought it was an opportune time to really get the word out and the support out with the grand opening," Wenzlawe said. "We have interacted with a lot of individuals that are first responders and they've talked about how they've been affected. So I just think it’s in our diligence to do whatever we can."

All of the proceeds will be donated to the Alberta Red Cross so the funds can reach those who need it.

The federal government announced on Friday that the Canadian Forces will be sent to help in the wildfire fight.