CALGARY -- Many people are familiar with the big white rock numbers on Signal Hill in Calgary’s southwest and now a city councillor wants to see the site receive a national historic designation.

Battalion Park was originally known as Camp Sarcee in 1915 and was an area where soldiers were trained to fight in the First World War.

According to Canada’s Historic Places, 45,000 people from 30 units across the province trained at the camp, making it one of the largest military training areas in the country during that time.

Members of the Calgary, Lethbridge, Edmonton and central Alberta battalions hauled 16,000 stones in sacks onto the hill, as part of conditioning training and for friendly competition.

Over the years, the rock formations changed and now only four numbers remain – 137, 113, 151 and 51. Each one recognizes a regiment number of those battalions. 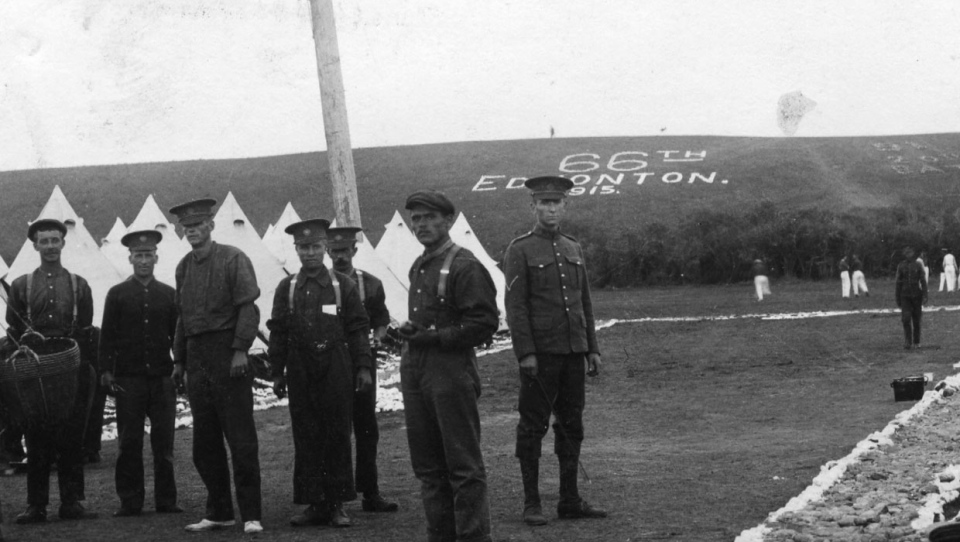 Coun. Jeff Davison says a national historic designation would not only acknowledge the role Albertans played in the First World War, but also offer a protective status to the site.

“Most people assume (it) already has some sort of protection around it and they are a little bit shocked it doesn’t at a federal level,” he says. “Often you find people just wonder what those numbers are on the side of the hill and this brings to light exactly why those numbers are there and who put them there.”

The Ward 6 councillor is putting forward a notice of motion to a city committee on Nov. 10.

He says the city designated the Battalion Numbers a municipal historic reserve in 2015. Part of it also has a provincial designation.

A similar motion from his predecessor Richard Pootmans was endorsed by council but it didn't go any further. Now, Davison wants to see it through.

“Each and every year we lose more to the history books and Camp Sarcee was a significant contribution to World War I,” he says. “About 45,000 people trained right here in Calgary, 6,100 Albertans lost their lives in World War I and 21,000 were seriously injured. And that’s even before we talk about today’s mental health effects on people.”

The Remembrance Day ceremony that typically takes place at the cenotaph at Battalion Park is being held privately this year due to the COVID-19 pandemic but will be streamed online.