AFTERNOON UPDATE: We're locking a lot of this in, now. 70-90 mm is expected for much of Calgary, this with rainshowers beginning in the last hour in our city. That's the majority; there are isolated pockets that will still easily exceed 100 mm.

Here we go... the rain in #Calgary, as of 2 p.m., is reducing visibility to ~6 km or less.
The most intense bands of this rain, while sparing so far, are at 40 mm/hour.
Isolated storms are also entrenched in this. #abstorm #yyc pic.twitter.com/Gr1mjDETPZ

Per this tweet and the imaging above, the heaviest bands are passing through quickly. That said, we'll continue seeing periodic eruptions of heavier rainfall through the next 36 hours. The predominantl bursts of rain will occur Monday evening, early Tuesday afternoon, and again Tuesday evening.

Showers taper Wednesday morning, and then isolated pockets will occur on the heels of this soil moisture addition on Thursday and Friday.

Another update will follow the CTV Calgary news this evening.

MORNING EDITION: It is not abnormal for Calgary to receive 100 millimetres of rain in the month of June. Piling it all within two days, however, is a much different story, one hearkening back to a fateful event approximately nine years ago.

Rainfall warnings are up and active along the foothills, working a band through Nordegg and Banff, down through High River and Kananaskis. This includes Calgary.

Let's start by talking about what this event is, and what it isn’t.

A significant rainfall event. Hands-down. This is a massive system rolling out of Montana, and we're aligned with its northern face, which pushes the moisture westward into the Rockies. Ensemble rainfall forecasts over the last 48 hours have bounced around a lot, from 30-120 mm, to 50-100 mm, and now we've settled in at 80-100 mm set to fall through Monday, Tuesday and early Wednesday. Because of the storm’s movement and potential for portions of the storm to dig in, isolated regions could exceed 100 mm to the tune of even 150 mm. It's not insignificant; the measures one takes should include the removal of valuable items and documents from basements and to ensure that sump pumps are in prime working order.

The riverways are experiencing watches and warnings of their own: 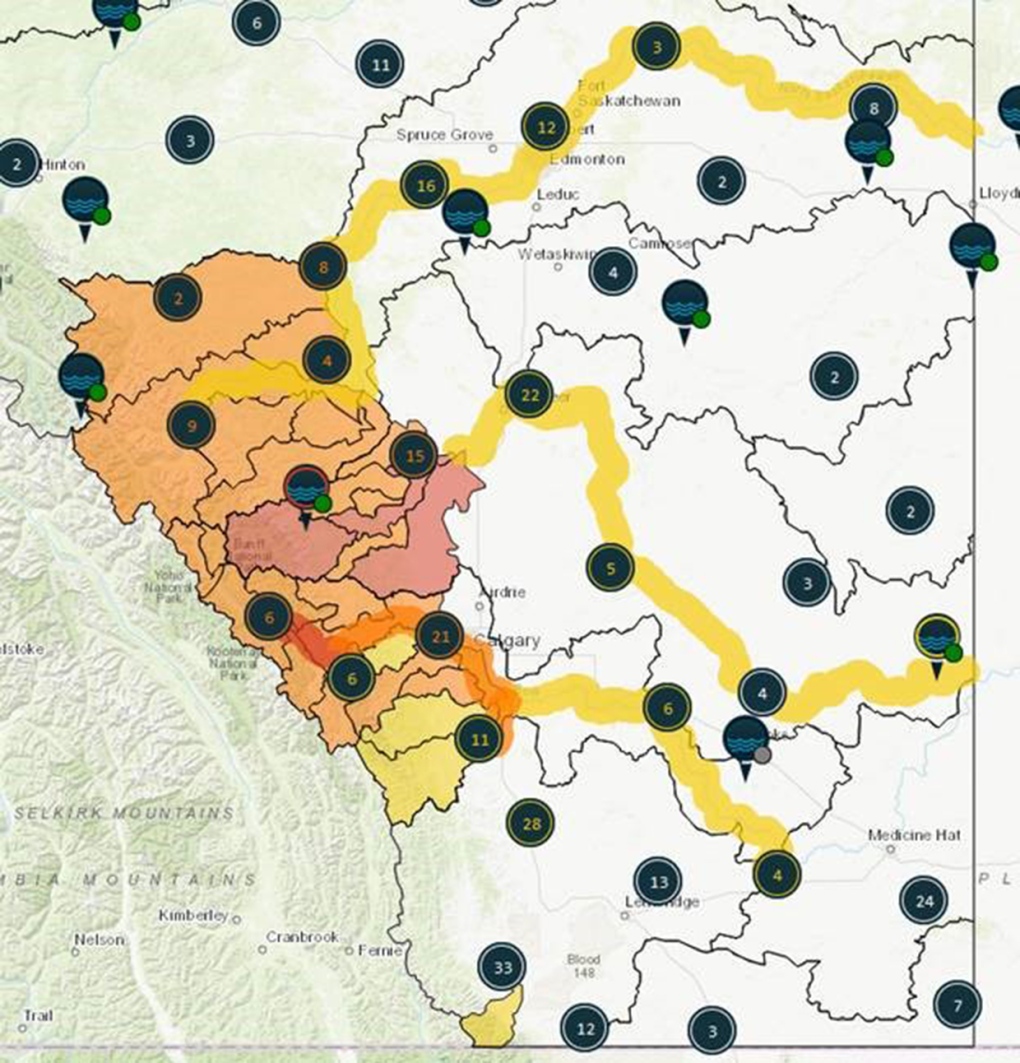 A flood warning is in place along the Bow River from Banff to Exshaw, newly upgraded as of last night; watches are also in place in a number of areas: 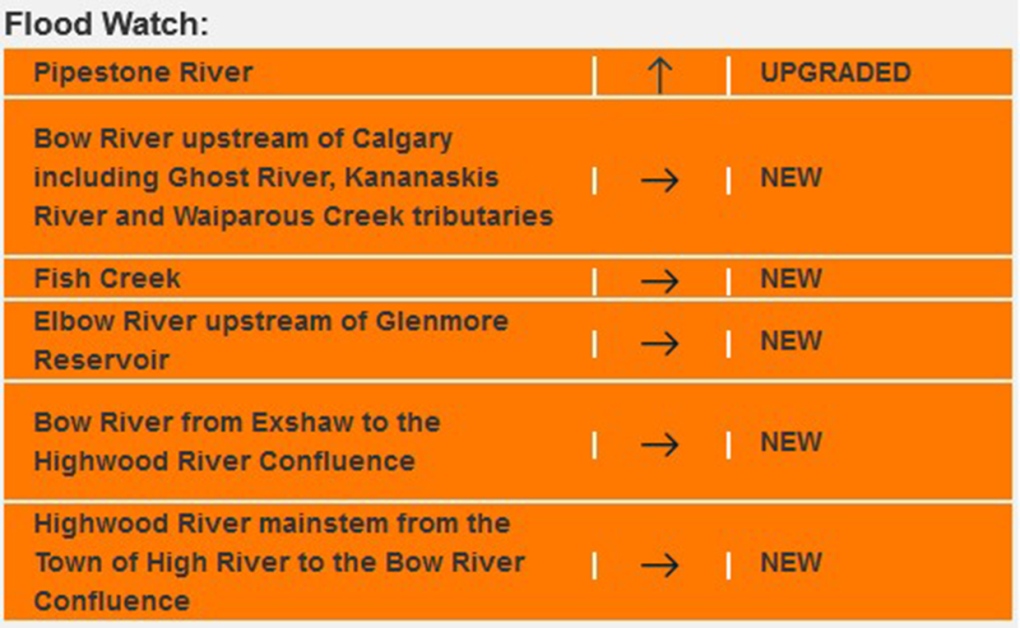 You can check this information here. With the possibility of one to two metre water level rises, significant impact is possible from this event.

To digress: isolated thundershowers will be a component of this rain band over Monday and Tuesday afternoons. Some areas are likely to receive flash flooding, as roadways and waterways may be incapable of dealing with the significant rain totals on the way.

By Wednesday, this low will be pushing northeastward (fuschia arrow), which tapers the rain. 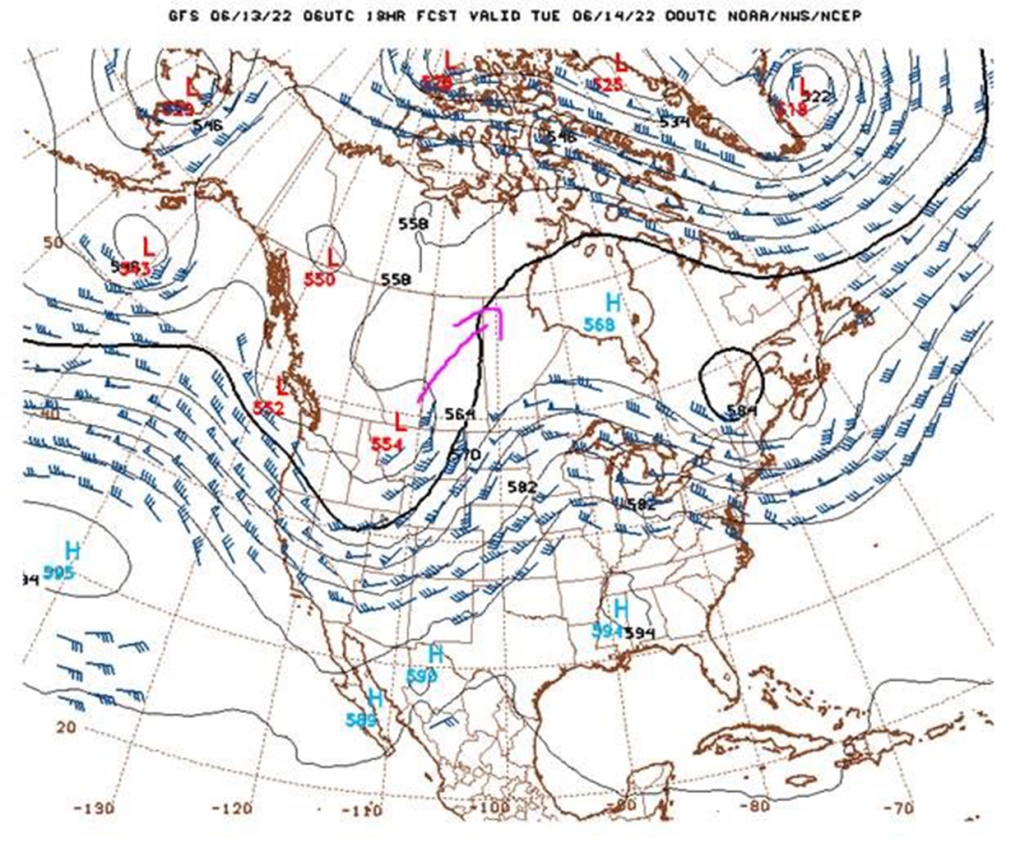 Adriana Zhang wrote a solid piece on this last night; additive to her notes on significant early-season rainfall (May 2013 received over 100 mm of rain, for instance, compared to 11.3 mm this year). This translated to additional soil moisture as a contributing rainfall factor, and enhanced waterway depths ahead of the significant rainfall they received that year.

This to say nothing of the work Calgary has done since then to mitigate future events.

Another pair of major factors – active runoff of mountain moisture has been ongoing for a while, now. The dry season and lack of significant rain-on-snow events in the Rockies, in spite of higher-than-usual snowpack, have made for natural and gradual declines in snow pillows. Here is the data from Little Elbow Mountain, scrabbled to a graph: 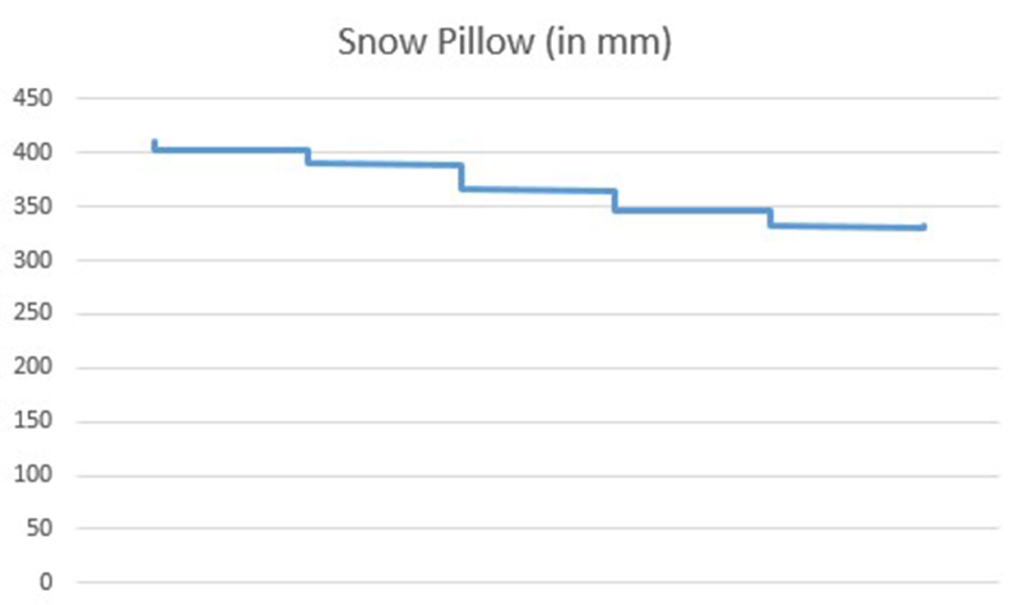 This represents a dataset from June 8 to the morning of June 13. I checked yesterday afternoon and this morning and cannot find the data, but recall seeing snow pillow amounts of up to 10,000 mm (10 metres!) from 2013 leading up to the floods.

The last element that I want to mention: the lack of a Rex Block. I've drawn on the same upper systems map as before with the pattern that presented in 2013; this created a feedback loop of moisture and enhanced upslope flow, triggering against a snow pillow largely untouched by conditions to that point in the year: 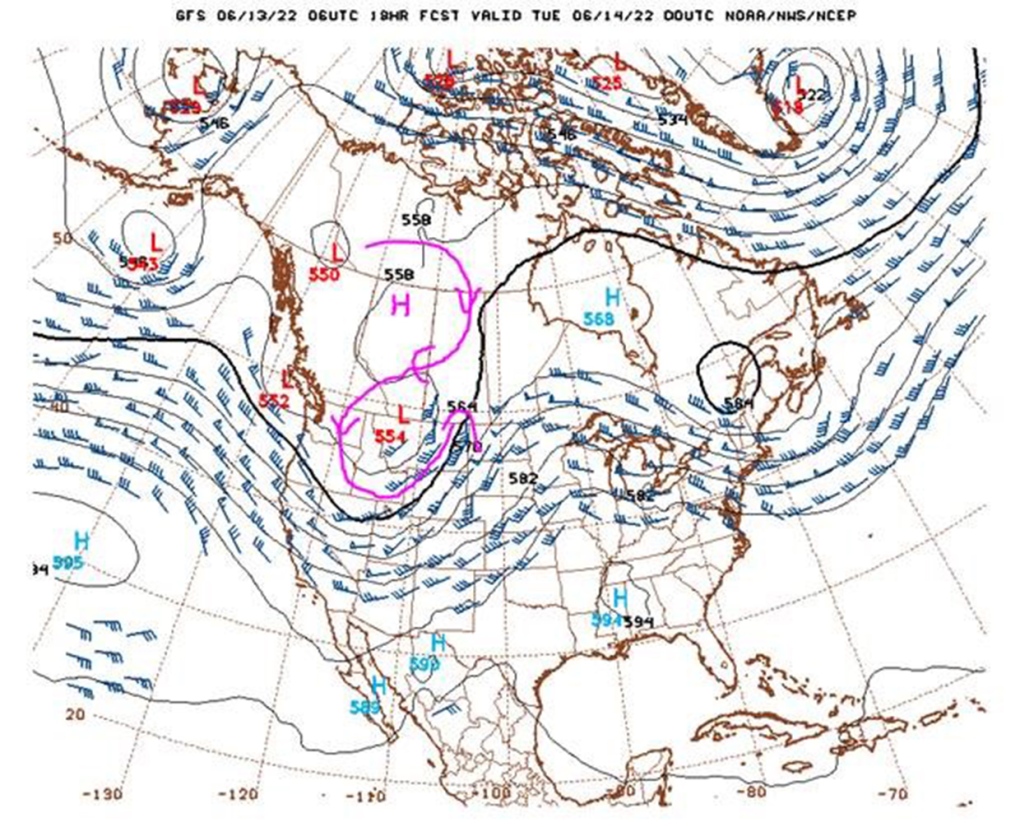 Before I checked Calgary's conditions, I checked Banff's. The consensus seems to be 60 to 80 mm, but that will range higher in the wake of some upslope patterning as the days wear on. After all, the flood warning in place isn't borne of nothing; enhanced rainshowers are still a strong likelihood.

We'll be updating as the day wears on. The Alberta weather Year in Review will almost certainly feature this very day. Stay safe.

Today's pic was sent in by Jackie, following the tremendously photogenic storms from yesterday… from a distance. 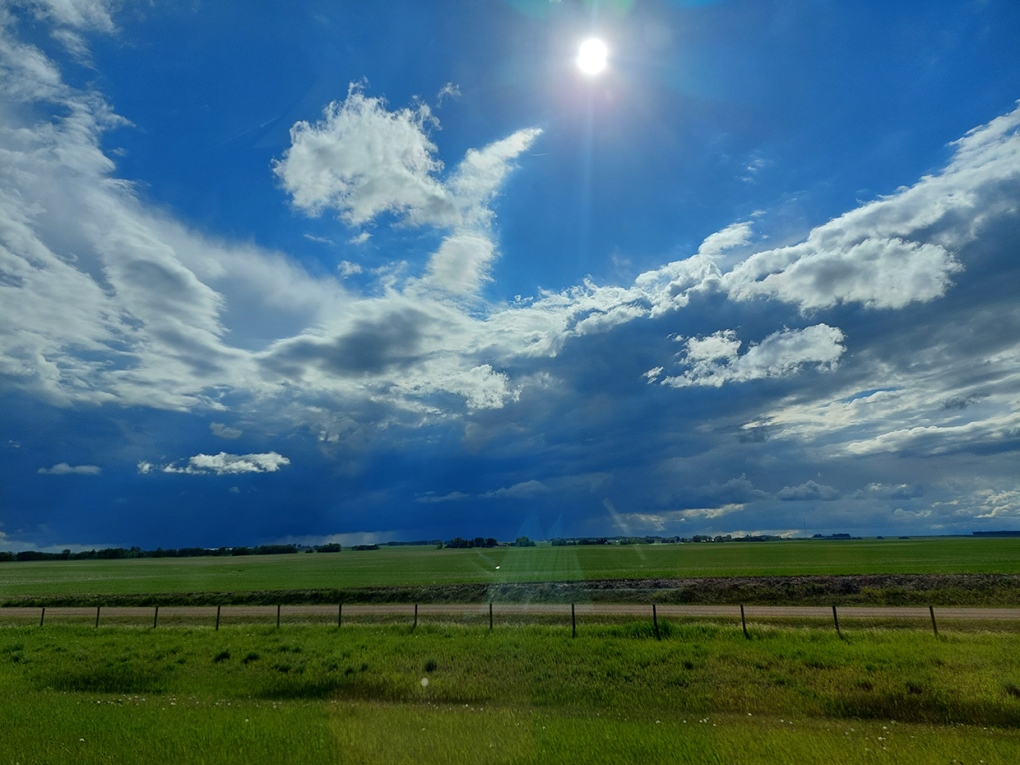 As Musk is learning, content moderation is a messy job

Since the world's richest man paid $44 billion for Twitter, the platform has struggled to define its rules for misinformation and hate speech, issued conflicting and contradictory announcements, and failed to fully address what researchers say is a troubling rise in hate speech.

Peel police are searching for a murder suspect who was last seen running away from a Mississauga gas station.