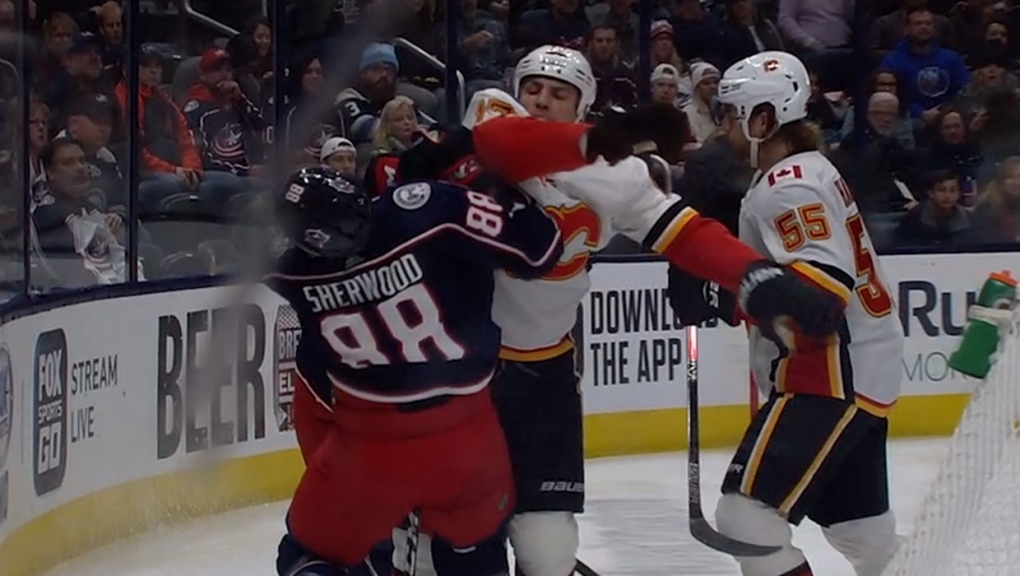 CALGARY – Calgary Flames forward Milan Lucic will be sitting on the bench for the next two games after roughing Columbus Blue Jackets forward Kole Sherwood during Saturday's game.

The incident took place early in the second period at the Blue Jackets' Nationwide Arena after Flames goalie David Rittich covered up a shot from Sherwood.

According to NHL.com, Sherwood poked at Rittich's pads, prompting a reaction from the left winger.

Lucic followed Sherwood behind the net, punching him in the face and sending him to the ice.

He was given a roughing penalty during the game but, following a hearing on Sunday, was handed a two-game suspension by the NHL.

The team is scheduled to play the Capitals in Washington on Sunday night.

(With files from TSN.ca)