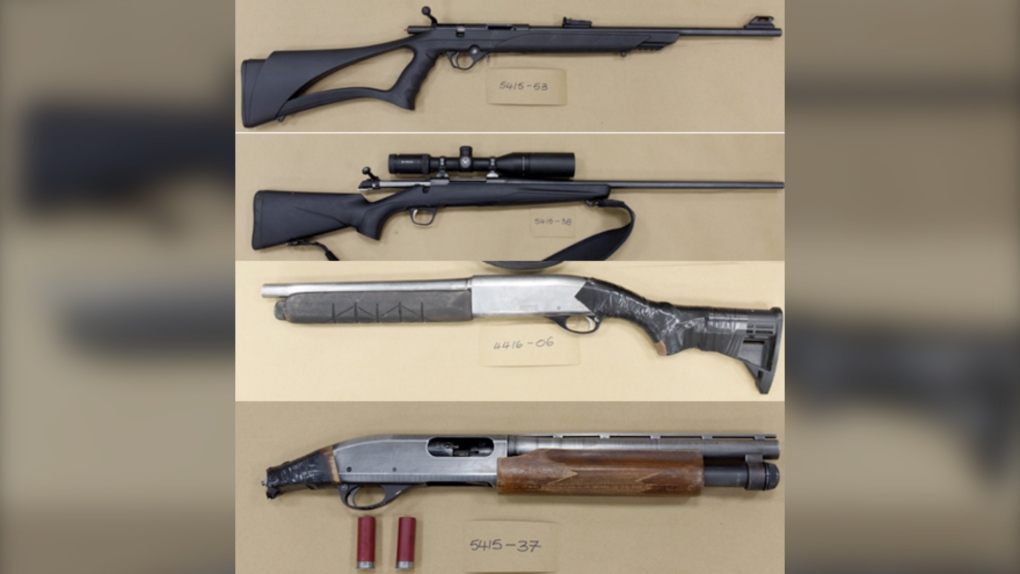 Some of the weapons seized by police during an investigation into alleged drug dealing in Albert Park. (Calgary police)

CALGARY — Following an investigation into alleged drug dealing in the community of Albert Park, a Calgary man is now facing 25 charges for weapons and drug possession.

Police received a tip from the public about alleged drug dealing in the southeast Calgary community and on Oct. 24, a search warrant was executed on two homes in the 1300 block of 25th Street S.E.

Officers seized a number of items, including:

Darrin Ernst Arndt, 51, is charged with: 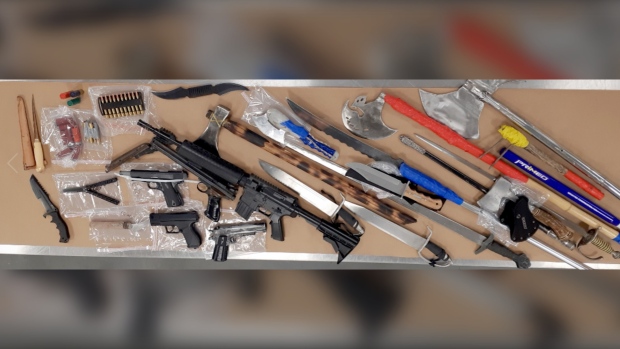 "This drug trafficking activity was a significant concern for the citizens living in Albert Park and directly impacted their sense of safety," said Insp Asif Rashid in a release.

"We rely on information from the public to do our jobs and we are grateful for the relationship that we have with our citizens, which allows us to ensure that Calgarians feel safe in their own communities.”