Calgary police seize $500K in drugs and cash, along with firearms 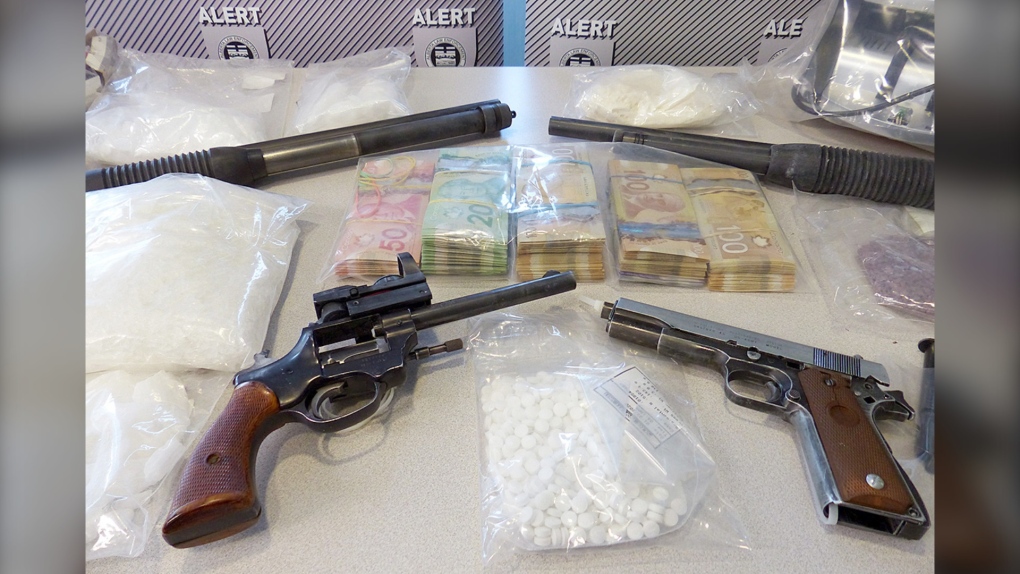 CALGARY -- Police seized more than $500,000 worth of drugs and cash in a recent bust by Alberta Law Enforcement Response Teams (ALERT) organized crime units in Calgary and Medicine Hat.

Two Calgary homes were searched on Jan. 23, resulting in a number of items being seized, including methamphetamine, fentanyl, cocaine and other substances, along with four firearms,

One person was arrested, who police believe was involved in drug trafficking in the Calgary area.

"We believe this individual may have also been involved in supplying drugs to surrounding communities," said Insp. Shawn Wallace, with ALERT Calgary. "This is a great example of how our ALERT teams share intelligence and provide coverage across the entire province to stamp out complex organized crime threats."

Calgary Police Service helped with the searches at residences in Panorama Hills and Queensland.

The firearms will be subject to further forensic analysis.

To Sang Wong, 56, from Calgary, is charged with a number of offences, including: