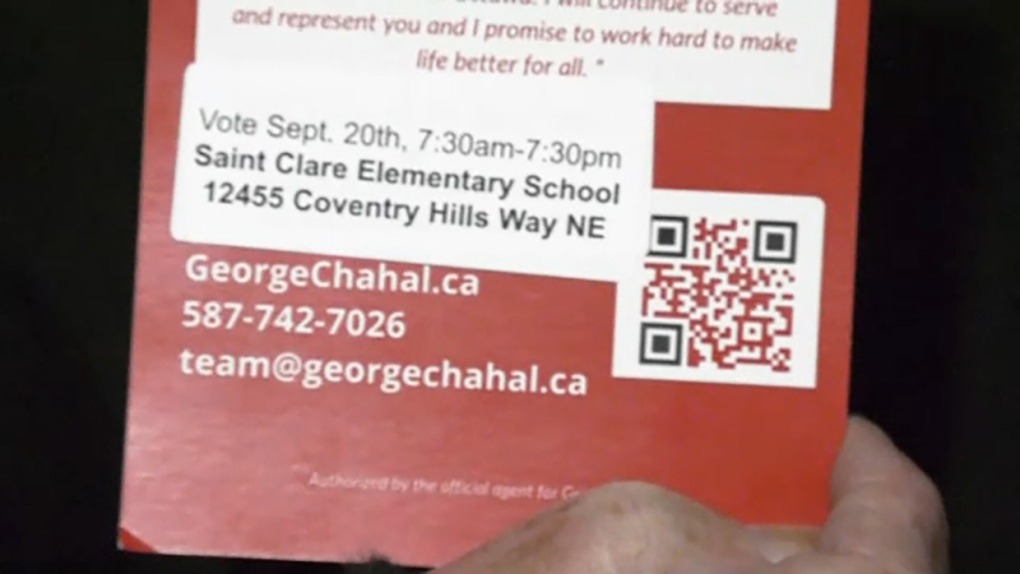 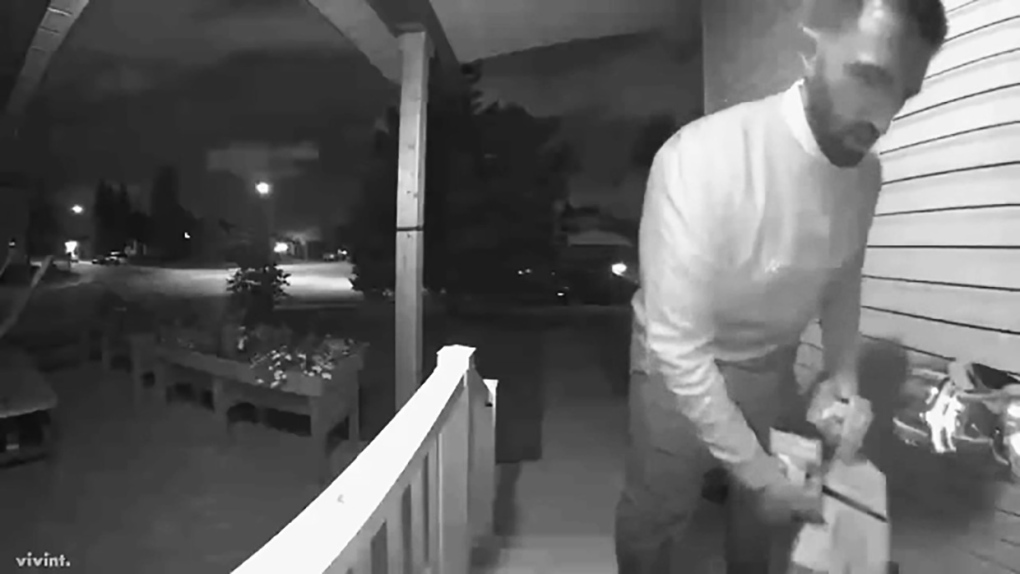 Footage captured by a doorbell camera appears to show newly elected Liberal MP George Chahal removing campaign literature from a doorstep in his riding of Calgary Skyview during the campaign. (Supplied) 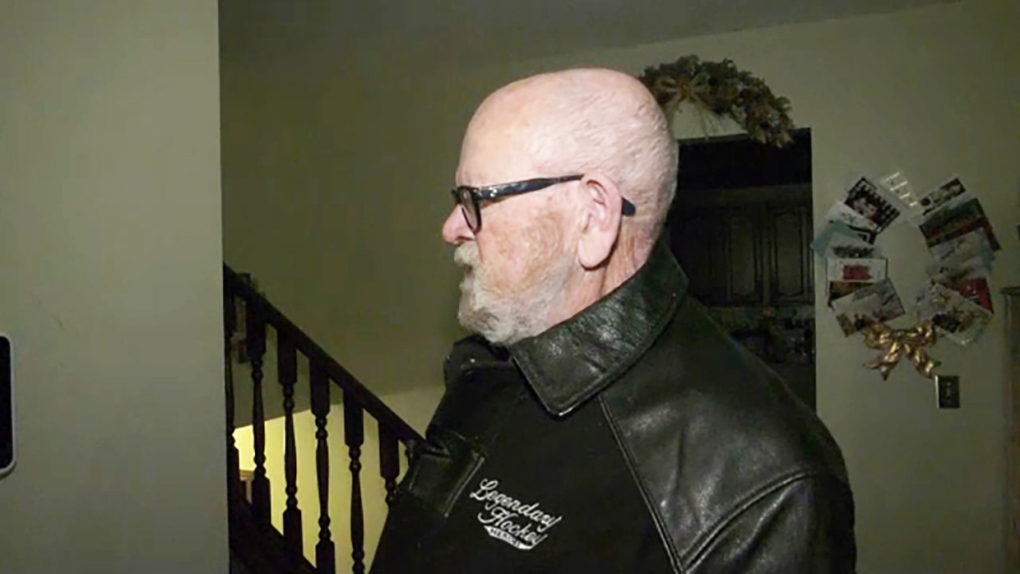