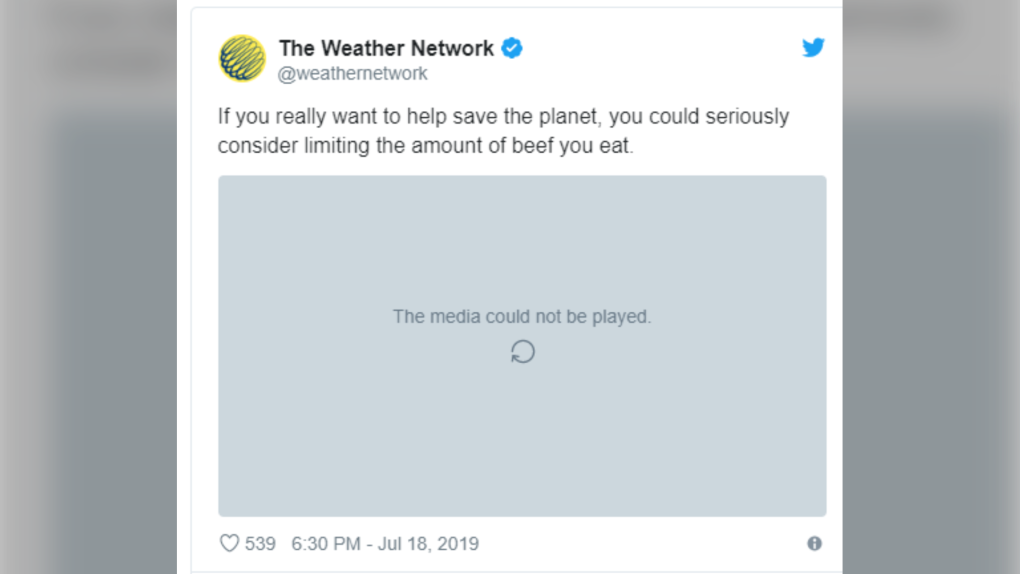 The Weather Network said “If you really want to help save the planet, you could seriously consider limiting the amount of beef you eat.”

A tweet that was sent out by the Weather Network last week has raised concern among Canada's cattle producers and the two sides met Monday to discuss the social post.

"If you really want to help save the planet, you could seriously consider limiting the amount of beef you eat."

The video was deleted but backlash from the agricultural community was swift, with many criticizing the Weather Network for sharing a video they believe could hurt the beef industry in Canada.

The tweet referenced a recent report from the World Resource Institute on how to feed the world in 2050 when the global population is expected to near 10 billion people. The organization recommended a reduction in the amount of beef North Americans consume as one possibe solution to create balance between food land use and greenhouse gas emissions.

The Canadian Cattlemen's Association posted a response to its website on Saturday.

Following a meeting between the two sides on Monday, the Weather Network issued a statement that read "This report offers a possible strategy of reducing beef consumption" and added that "We will not actively advise people on their food consumption choices."