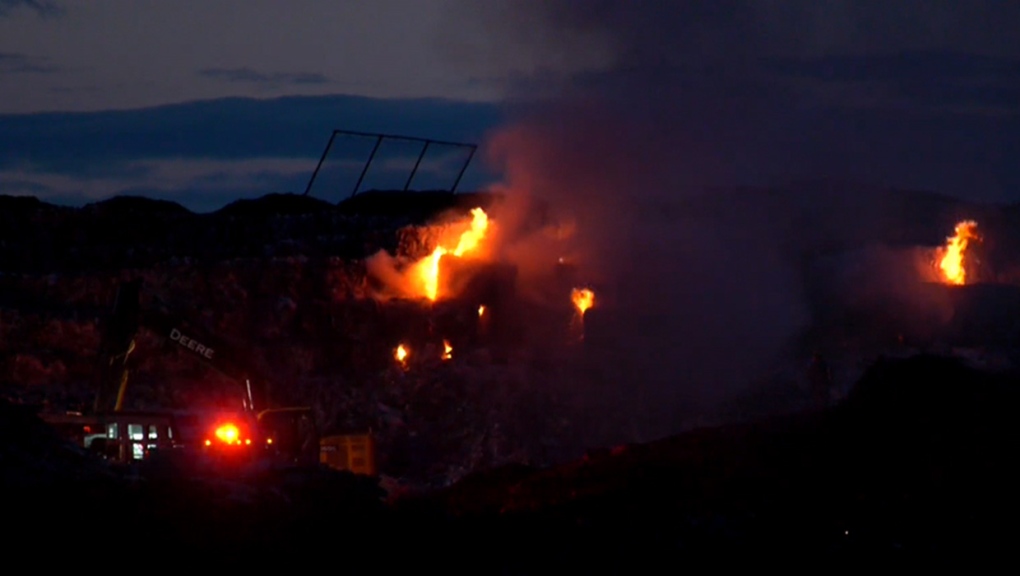 Visible flames outside of the ECCO Recycling and Energy Corporation in southeast Calgary on August 13, 2019

Members of the Calgary Fire Department responded to an exterior fire at a recycling centre Tuesday evening.

CFD members received the call just before 8:30 p.m following reports of a fire at the ECCO Recycling & Energy Corporation located near the intersection of 24th street and Quarry Park Boulevard Southeast. When firefighters arrived on scene, they found recycling materials ablaze behind the building and additional resources were deployed to the scene.

As of late Tuesday evening, the fire continued to burn.

The cause of the fire has not been confirmed.