An instituted hotel quarantine will require anyone flying into Canada to isolate for three days at their own expense of $2,000.

CTV News has learned that Calgary’s facility is The Westin Calgary Airport Hotel.

At least two Albertans have been taken to the hotel, to quarantine.

She says her son is being held against his will.

“He is being detained because they didn’t accept his test,” she said in an emotional Facebook video posted on Saturday. 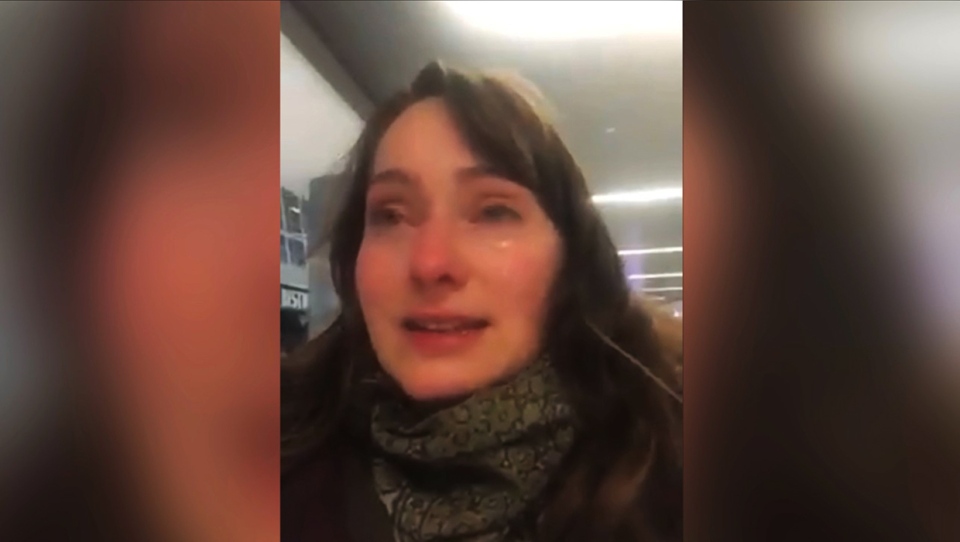 Ethan was flying home from Arizona, where he had been living for two years.

His mom says that when he arrived, he was taken away by public health officers with the assistance of Calgary police and driven to a ‘secret’ facility.

His mother said he had the wrong test in a follow-up video.

“Feels a little bit like I’m locked up right now,” she stated.

The Calgary police released a statement about the Mathis situation to CTV News.

"Calgary Police Service involvement in this matter was limited to walking with PHAC as they escorted the traveller to a transport vehicle outside the airport to be taken to a designated hotel," it said.

"Additional questions surrounding restrictions and procedures in place for mandatory quarantine can be directed to PHAC."

Transport Canada’s website says people will ‘typically’ have a choice between a test on arrival or a federal quarantine facility.

Travellers must have a negative molecular COVID-19 test, and not an antigen. McDonald and Mathis both had antigen tests, making them invalid.

Conflicting information for some, who are unsure what to do if they make it to Canada with the wrong test.

“Travellers that do not have a valid molecular test are transferred to a Designated Quarantine Facility to complete the mandatory 14 day quarantine period," the website says.

But one Calgary-based lawyer says any argument for an infringement on charter rights is moot.

“I would not think that the case this is a very strong case,” said constitutional rights lawyer Glenn Solomon, with JSS Barristers.

“There is a countervailing right that exists: my right and yours not to be infected by somebody who travelled abroad and are coming into our country with a new disease.”

Snowbirds who flock for sunshine and warmth during the winter are concerned by the new measures which are yet to be implemented.

“There are concerns that that could actually put you at greater risk of getting COVID then isolating at home,” said Stephen Fine, president of Snowbirds Advisor.

“There are people coming back with pets who don’t know what to do with pets. There hasn’t been any guidance on how that’s going to work.”

PHAC would not confirm with CTV News how many people are currently staying at the Westin Calgary Airport hotel.

The front desk staff say the hotel is closed to the public.

A request for an interview with McDonald was refused, while Mathis did not respond to requests.

There are reports of Canadians returning from abroad being directed to self isolate in airport hotels, with federal agencies failing to disclose where they will be staying.

We understand the need for quarantine requirements, but ask that federal agencies be more transparent.