Alberta Parks has closed a section of Fish Creek Provincial Park in the city's southeast after aggressive coyotes attacked a dog and its owner.

The closure, which went into effect Thursday, includes the section of the park bordering the community of Parkland to the south and west, east of Midnapore. The off-limit area stretches from the intersection of Parkside Green and Parkside Drive S.E. to Parkvista Crescent S.E.

Brian Ferguson, a conservation officer with Alberta Environment and Parks, says the attack happened at 9:30 a.m. on May 26. Two coyotes were acting aggressively toward a dog, which was on a leash, and its owner.

"During the encounter, one of the coyotes approached and bit the dog and came into contact with the owner who intervened to protect his dog."

Ferguson says the dog owner was able to fend off the coyote using a stick and no one was hurt.

Many residents in the area who came by with their dogs Friday afternoon noticed the yellow caution tape blocking off the path into the park.

"I'm quite surprised and bit shocked," said Mackenzie Rieder, who comes to Fish Creek Provincial Park every day with her dog.

Rieder says her family lives nearby and it's the first time she remembers an incident so serious that the park had to be closed.

"It doesn't worry me at all though as we have never had an experience like this before and we see coyotes all the time that walk around the ridge," she said.

Ferguson says the two coyotes were younger and were reported to look mangy. They have not been trapped yet and the reason for the attack is still being investigated.

In an email, coyote expert Shelley Alexander from the University of Calgary said while she couldn’t speak to the specific case, coyotes are often guarding their pups at this time of year. Closing the park temporarily was the right thing to do, she added.

"Short term closure is an optimal approach to de-escalate and gives time to assess," said Alexander.

She also says that coyote attacks usually happen when dogs are off leash but can happen if an owner with a dog on leash walks right up to or near pups.

Rhonda Gorman says her dog is very curious and therefore keeps her nearby.

"If she were to see a coyote she would want to go after it so that's why she's on a leash because it's just for her safety." 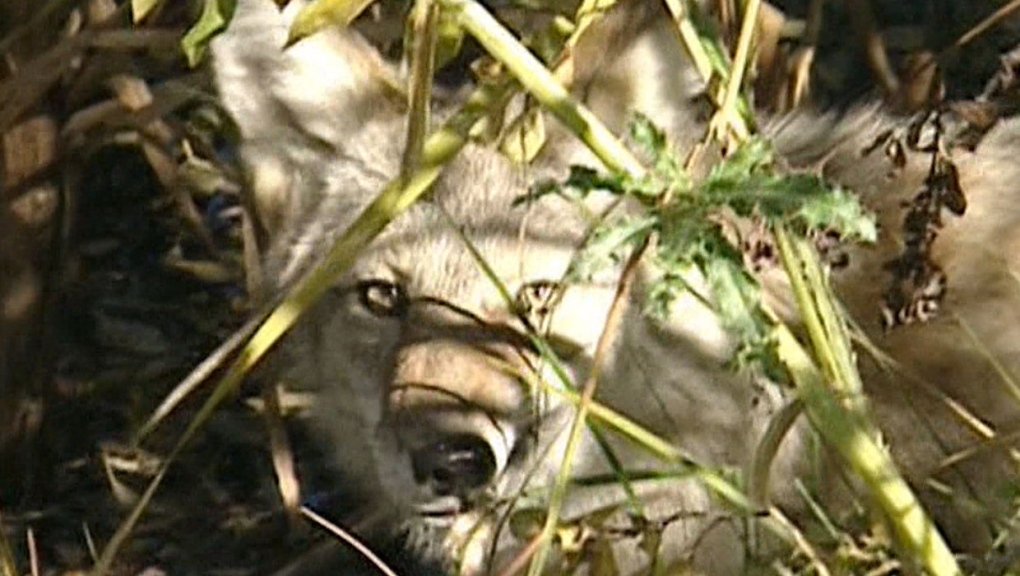 Ferguson says that at this point there is no information on when the park will reopen. Officers are still monitoring the area for other coyote sightings.

He say coyotes tend to be the most active between dusk and dawn and spend the day resting in their dens under low branches of trees or any sheltered area. However, they can roam around during the day as well.

Also, that they are important to the city's ecosystem by controlling the population of rodents and that encounters with humans are usually limited to sighting.

However, if there is a direct encounter, it's important to never run.

Ferguson says it's also important that all dog owners keep their pets on leash and within two metres from them at all times while visiting the park, never feed coyotes and pick up after your dog.

If you've encountered a coyote in Calgary and need medical help, call 911. If it's a non-emergency case, call 311. For incidents within Fish Creek Provincial Park, call 310LAND.