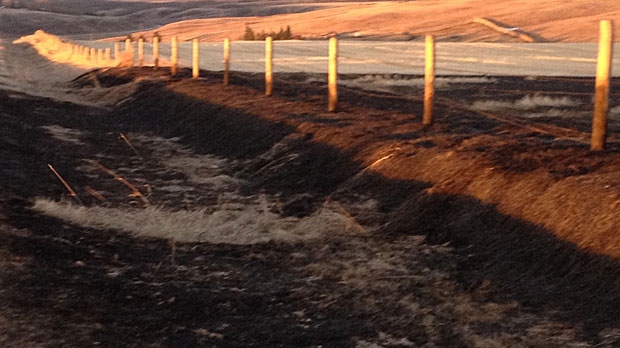 Firefighters from Airdrie and Rocky View County extinguished this grassfire early Friday morning, keeping it from jumping the road and threatening homes in Symons Valley. A level two fire ban has been issued by Rocky View County.

Several communities outside Calgary have now called for fire bans now that dry and windy conditions have made for just the right formula to spark wildfires.

A level two fire ban has been declared in Chestermere and Cochrane, meaning there is a severe fire risk in those areas.

All burning permits should be considered suspended until further notice.

Included in the ban are:

The ban comes on the heels of a number of grassfires that have broken out in recent days.