Surrounded by purple balloons and a giant 'thank you' sign, current and former staff and volunteers of Calgary Mayor Naheed Nenshi marked his final council meeting on Monday.

Nenshi is one of six current members of council who will not run in October's municipal election. Monday is the start of what is expected to be a three-day council meeting, the final one scheduled in the current term.

"Ultimately there are 1.4 million people in this city who love this city and spend their days trying to make this city even better," Nenshi said.

Councillors Druh Farrell, Evan Woolley, Shane Keating, Ward Sutherland and George Chahal have each announced they will not seek re-election in October. Chahal is running as a Liberal candidate in next week's federal election.

Thirteen of the remaining 14 sitting councillors (Sutherland is sick and attended the meeting virtually) posed on the steps of old city hall for a final group picture. It's the first time the group has been together in-person since the onset of the pandemic.

"I'll never have a job like this again. I will never have the opportunity again -- even for a second -- to hold in my hands the hopes and dreams and fears of people in our community for their future," Nenshi said. 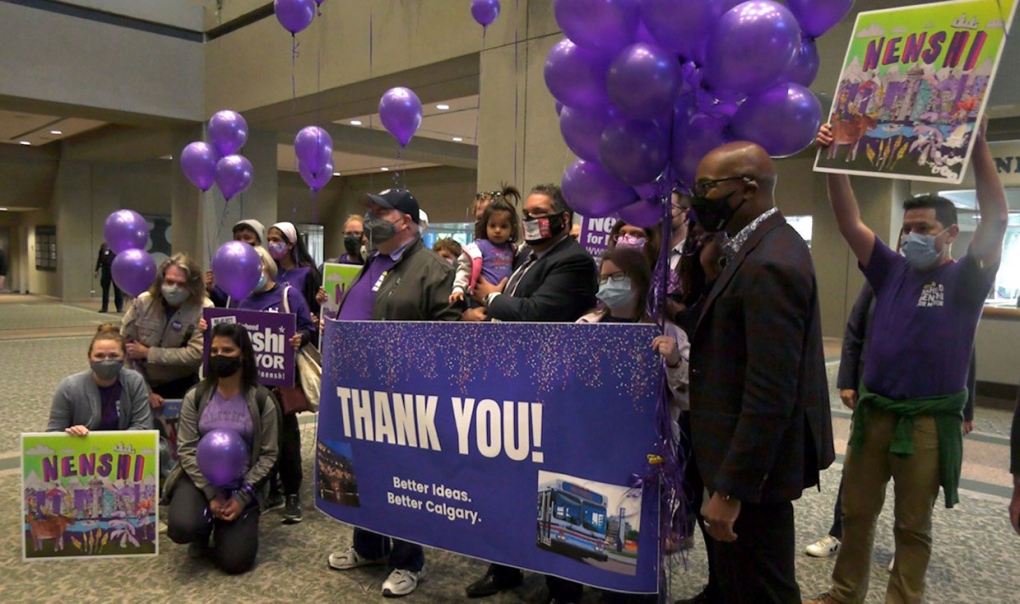 Surrounded by purple balloons and a giant 'thank you' sign, current and former staff and volunteers of Calgary Mayor Naheed Nenshi marked his final council meeting on Monday.

The mayor and council now turn their attention to the rest of a long agenda. Included in the items is an update on the city's COVID-19 response, which will be a discussion of whether the city should implement its own vaccine mandate to access city-run public buildings.

The final meeting of this council is expected to run into Wednesday afternoon.