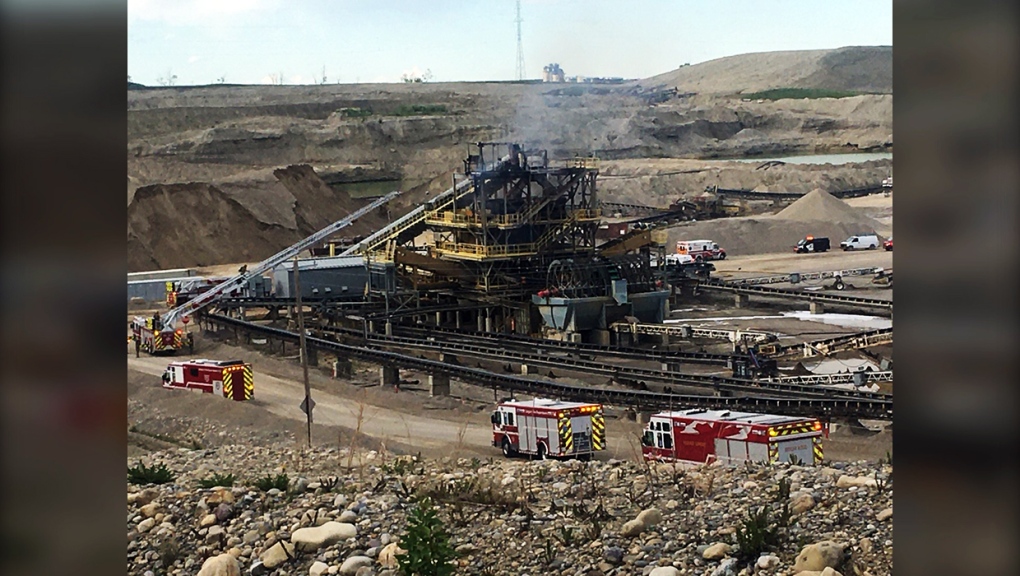 The incident took place in a three-storey structure in the middle of a gravel pit, off 76 Street on 112 Avenue N.W.

The fire department said the structure was the home of Inland Pipe, a large wash plant that went up in flames.  According to the fire department, a second alarm was called following the initial call at 6:16 p.m. and there was lots of smoke and flame.

It wasn't occupied and it appears no other structures were threatened.

There were employees on site at the time. No injuries were reported.

In order to fight the unconventional blaze, fire crews brought 20 pieces of Calgary Fire apparatus in, and had 22 lengths of hose connected together in order to get access to a water supply.

That was the equivalent of a half mile (800 metre) long fire hose.

Investigators are on site trying to determine the cause of the blaze.

No big deal. Fire blazing across the street from the gym. This is fine.#YYC#Firefighters pic.twitter.com/CVzyZv6ZEr