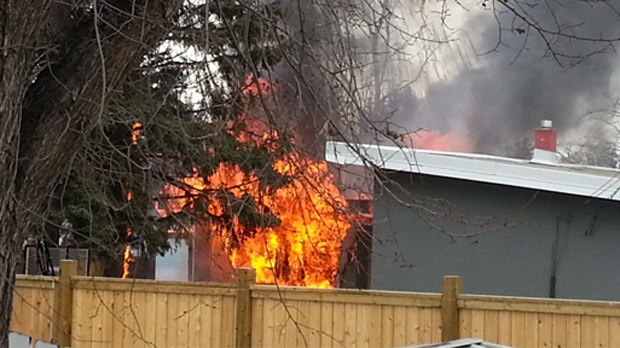 An afternoon fire in southwest Calgary destroyed a garage but the efforts of fire crews prevented the blaze from spreading to the attached house.

Three of the residents who rent the single story home returned from a trip to the grocery store and encountered smoke billowing from the home's attached garage. The men alerted their fourth roommate who was still inside the home and he escaped from the structure unharmed.

Fire crews responded to the residence and extinguished the blaze. The garage was significantly damaged in the fire and a vehicle parked within was destroyed.

The cause of the fire has not been determined. An investigation into the fire is underway.