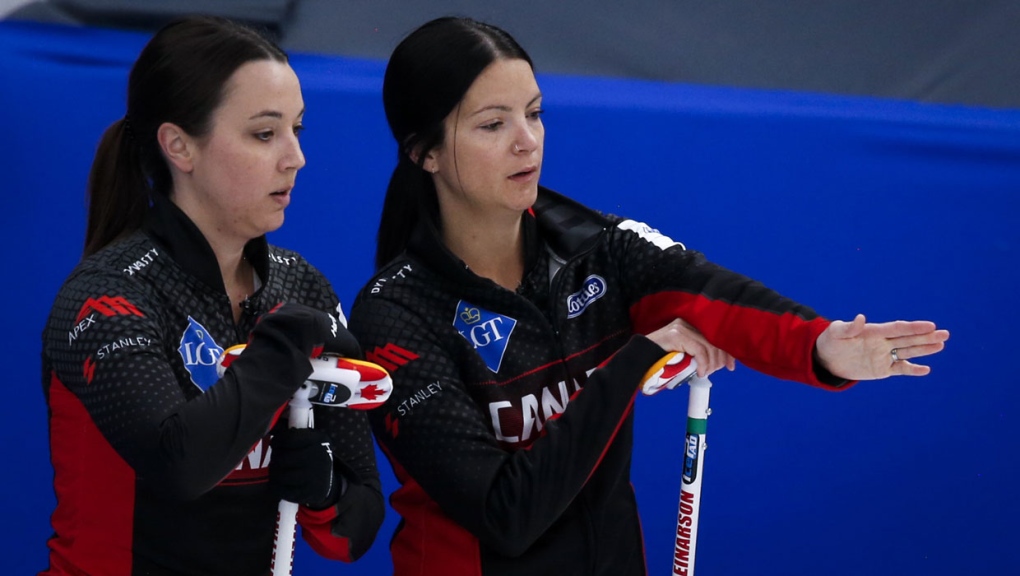 The World Curling Federation said in a release Sunday that no athletes or officials are at risk, and all broadcasters are self isolating in their hotel while additional testing and contract tracing takes place.

The tournament's morning draw was postponed Sunday “out of an abundance of caution” and in order to give the venue a deep clean.

Afternoon games were expected to go ahead as scheduled, including a matchup between Canada's Kerri Einarson and Tabitha Peterson of the United States.

The World Curling Federation says Sunday morning's games will be made up later in the week.

Organizers say broadcasting has been put on hold until staff have been medically cleared to return by the tournament's medical officials and Alberta Health.

This report by The Canadian Press was first published May 2, 2021.