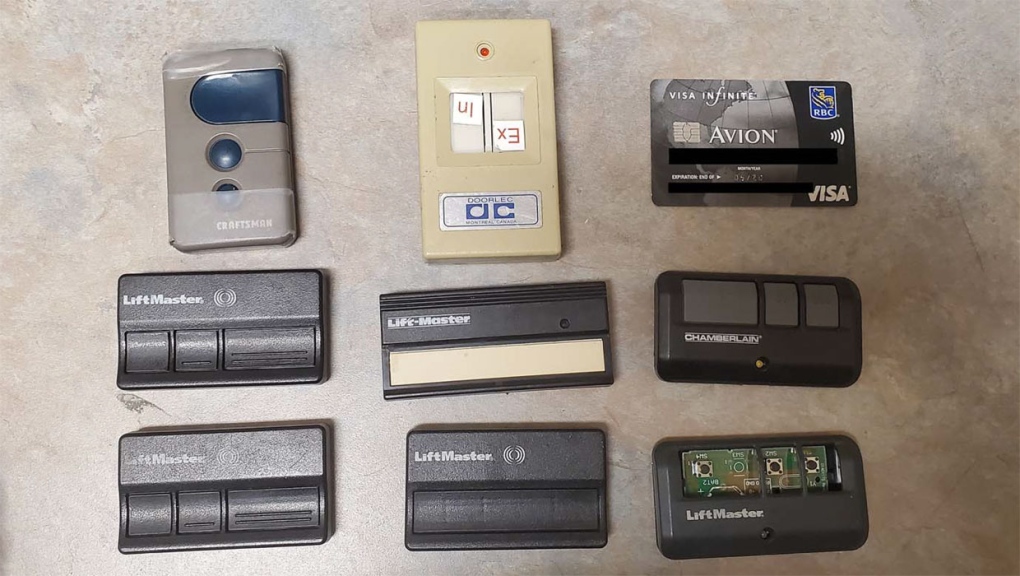 High River RCMP found a number of garage door openers and items inside a vehicle that was reported stolen from Calgary. (Supplied)

CALGARY – High River RCMP are looking for information from the public in order to track down a number of suspects in connection with a stolen vehicle that was recovered in the community this week.

Officers were called to respond to a vehicle that had been left in the parking lot of a school in Blackie, Alta. on Wednesday.

When they responded to the scene, they found a grey Ford F350 that was later determined to be stolen from Calgary a week earlier.

Further investigation discovered a number of garage door openers inside the truck.

No suspects were located near the scene, so police are asking for anyone who may have information about the incident to come forward.

Anyone with information can call the High River detachment at 403-652-2357 or your local police.

RCMP are also reminding the public to remember to avoid leaving garage door openers in vehicles that are regularly parked outside.