How the show is going on in Calgary's arts scene

CALGARY -- As the pandemic has forced the lights out for all Calgary stages, numerous arts companies are getting creative to mount shows in time what is typically the busiest season for performances.

Dancers will perform onstage through February at the Southern Alberta Jubilee Auditorium, for audiences of 100 people per event - even though its seating capacity is 2,200.

“It’s safe for the dancers, the audience and all of our crews I think is a moment to celebrate,” said Artistic Director Jean Grand-Maitre said during a special media preview event on Thursday.

“It’s really about keeping the (literal and figurative) light on. In the dancers in the community.”

Theatre Calgary is continuing its 33-year tradition of bringing the Charles Dickens classic A Christmas Carol so audiences, but viewers will take it in from their living rooms and not theatre seats.

A digital filmed production will be available for rent online at $25 dollars from December 11 - 31 — each household has a five-day window to view it. 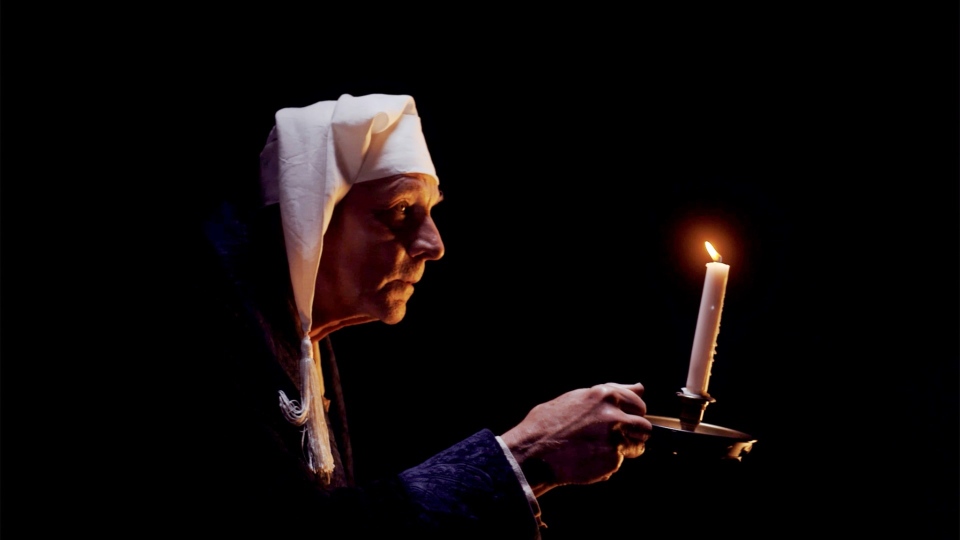 The show has been adapted by Calgary playwright Geoffrey SiKaon Brown to just 80 minutes in length and a cast of three will play more than two dozen characters.

“Christmas Carol is that little bit of normalcy a little bit of tradition, of ‘that’s what we used to do on Christmas Eve,’” said artistic director Stafford Arima.

The Calgary Philharmonic Orchestra has also had to adapt to streaming performances, after cancelling all remaining live performances for the 2020-2021 season.

A series of unique virtual concerts can be streamed Saturday nights from November 21 through December 19. 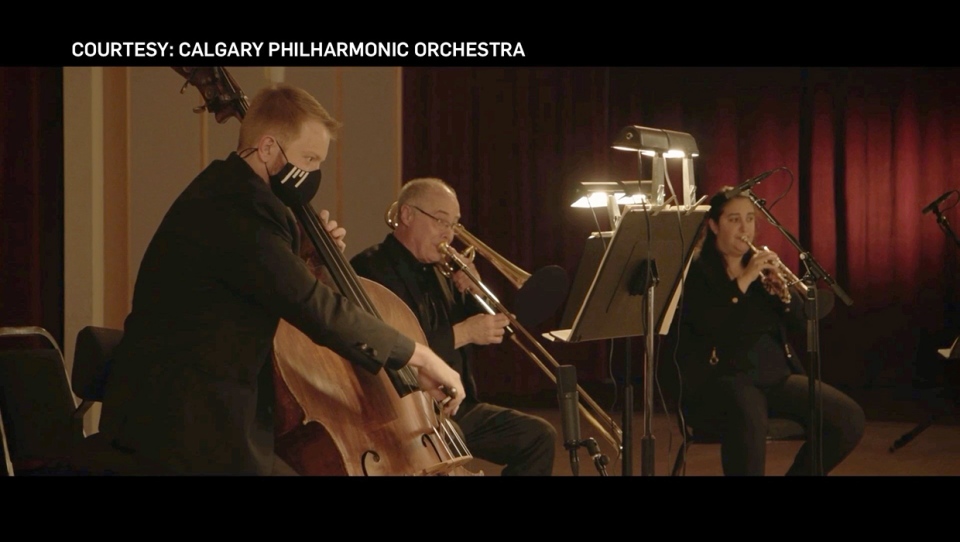 “It’s definitely a challenge but there are also a lot of amazing things we can do with that kind of format that we can’t do in that ‘in the flesh’ presentation,” said Karl Hirzer.

He conducted a septet for a video called Soldier’s March recorded with a dramatic narration by Haysam Kadri, the artistic director of The Shakespeare Company.

Hirzer says this merger of video content with performing arts is inspiring and crucial to keep the arts alive.

“I think that the arts are perhaps now more important than ever,” he said.

Calgary Opera has postponed all of its live performances this season to the following year beginning in Fall 2021.

Calgary’s D.I.Y Theatre, an independent theatre company, is also offering its latest show called Trauma on Youtube from November 13 to 20.

Ticket buyers will receive a private link to view the show.

“For our community (this is) to show them that we are resilient, and we can push through this and that the arts aren’t going anywhere,” said Shelby Reinitz, artistic director for the independent company.