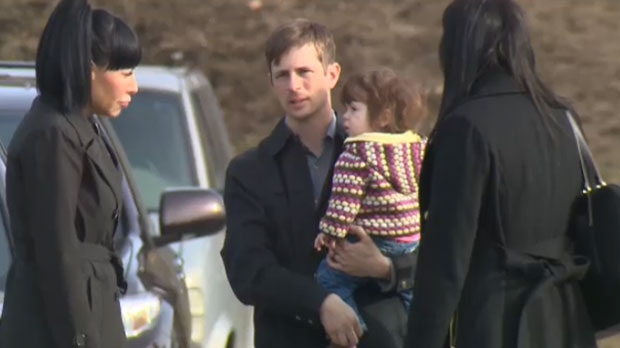 Edouard Maurice outside of Okotoks provincial court on Friday, April 20, 2018

CALGARY -- The lawyer for Edouard 'Eddie' Maurice confirms the lawsuit against his client seeking financial damages in connection with the shooting of a trespasser on Maurice's property has been dismissed.

Calgarian Ryan Watson filed a statement of claim against Maurice in September in which he claimed he had suffered "severe damages and disability" after being shot in the forearm in February 2018.  Watson sought $100,000 in "general damages for pain and suffering" as well as additional compensation for lost wages.

Maurice responded in October by filing a counterclaim against Watson seeking $150,000 to cover the damages his family had suffered and to "deter convicted criminals from launching lawsuits against their innocent victims."

Lawyer Scott Chimuk confirmed to CTV Thursday  that the judge approved Maurice's application for summary judgement, which dismissed Watson's claim, and Maurice responded by dropping his counterclaim against Watson.

"They just want to move on with their lives," said Chimuk.

Criminal charges against Maurice in connection with the shooting were dropped in June 2018.