Kevin J. Johnston released on $2,500 surety, will reside with friend in Edmonton 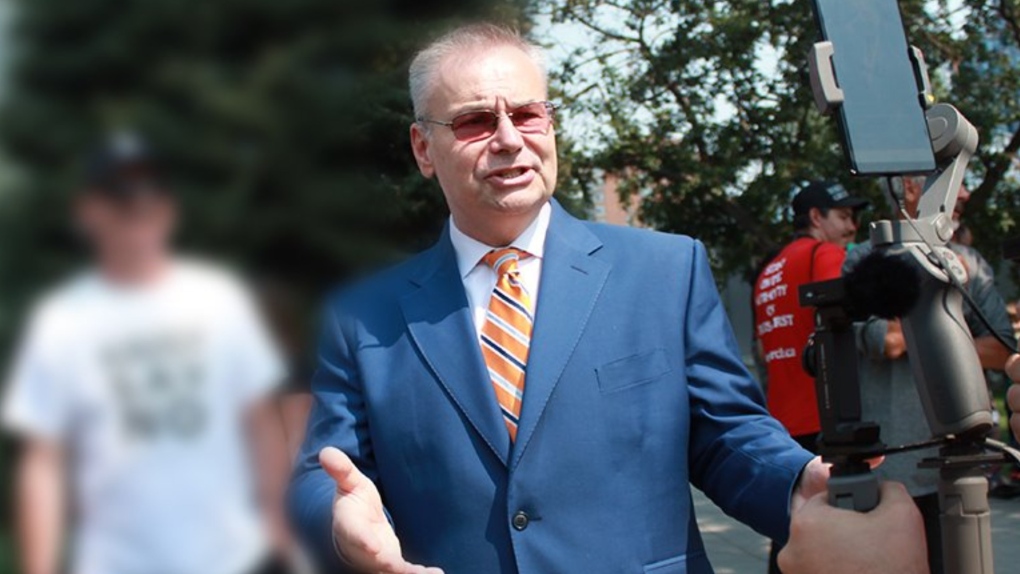 Former Calgary mayoral candidate Kevin J. Johnston has been released from custody and will have to live on house arrest with a friend in Edmonton who posted a $2,500 surety.

Johnston is also forbidden from using any electronic device that can access the internet.

He was arrested by U.S. authorities on Jan. 4 while trying to walk over the border illegally from Saskatchewan to Montana.

He was held in Plentywood, Mon. before being returned to Canada.

Warrants had been issued for Johnston for being unlawfully at large after he failed to appear at the Calgary Remand Centre for the final weekend of his sentence.

Johnston, who was unsuccessful in his attempt to become Calgary's mayor in 2021, received an intermittent 40-day sentence in September 2021 after being convicted of breaching court orders related to non-compliance with Alberta's public health measures. He was also ordered to pay Alberta Health Services $20,000.

The following month, he received a separate 18-month jail sentence in Ontario after being found guilty of six counts of contempt of court over defamatory comments regarding the CEO of Paramount Fine Foods. Johnston had referred to Mohamad Fakih as both a "terrorist" and a "baby killer."

The Ontario sentence was to begin following the completion of his time served on weekends in Alberta that began in September 2021 and was to end Jan. 2.

Johnston is also scheduled to appear in court on Jan. 19 in Dawson Creek, B.C. on an assault charge in connection with his actions at a local grocery store. Johnston was charged after he attempted to make a purchase without a face covering and then allegedly confronted the store's manager in the parking lot, which was captured on video.

BREAKING | Canada's inflation rate up slightly in April to 6.8 per cent: Statistics Canada

Statistics Canada says the annual pace of inflation crept up in April as the cost of nearly everything at the grocery store continued to climb higher.

'Please' before 'cheese': Answers to your royal etiquette questions