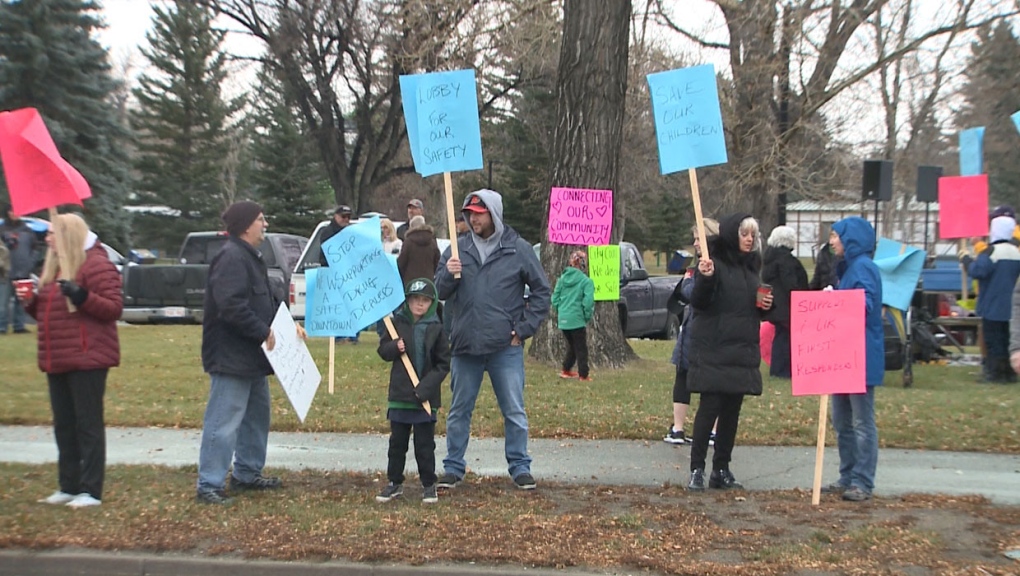 Members of the Connecting our Community Rally staged a protest in Lethbridge on Sunday to push for more action to be taken on safety issues in the city.

LETHBRIDGE – A group of concerned residents met on Sunday for a rally to voice their displeasure over the city's inability to get control of the rising crime rate.

The demonstrators met near Nikka Yuko Japanese Gardens off Mayor Magrath Drive for the Connecting our Community Rally. The group has been pushing for more police on the street and measures to be taken for to ensure children are safe in city because of rising crime rates they say are attributed to the site.

Many people at the rally held signs displaying frustration over rising crime and the amount of needle debris littering city streets and pathways.

Supporters are also frustrated by the lack of the disciplinary action taken towards violent offenders.

"We need to stop giving them a slap on the wrist and just sending them back on the streets."

Connecting our Community Rally spokesperson Mallory Kristjanson said residents need to stick together to combat the increase in crime.

"We are here to gather unitedly to come together for solutions. With resources and solutions."

The group, which meets biweekly, used to only to represent the north side of the city but has now taken on a large role.

"We have now expanded to a city-wide movement. We have north side, we have south side, we have westside [and] we have other surrounding communities now join us because crime is everywhere," says Kristjanson.

The group is putting together a presentation to be brought forth to Lethbridge City Council which includes crimes statistics in the area, financial costs that citizens are paying to protect business and homes and a collection of solutions from community members.