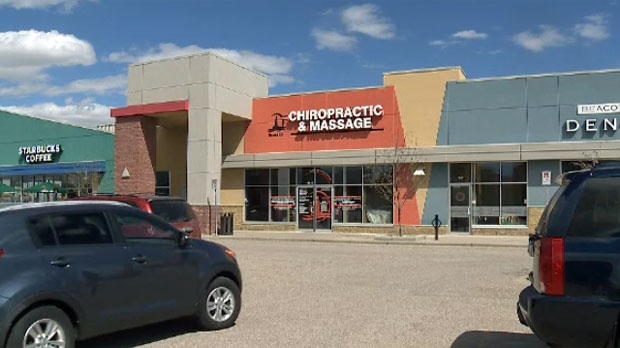 An employee of Beacon Hill Chiropractic and Massage says she was sexually assaulted be a coworker in March 2016. Vladimir Siloci faces a sexual assault charge.

A massage therapist who says she was sexually assaulted by a coworker during a treatment faced her alleged attacker on Wednesday in court.

The accused, Vladimir Siloci, had been working at the clinic for only two days and was previously employed as a member of the Calgary Police Service..

On Wednesday, Siloci and his accuser provided their versions of the events of the day of the alleged assault.

The victim told the court that she had booked a massage with her coworker at the Beacon Hill Chiropractic and Massage clinic in March 2016 and was inappropriately touched during their session. The accuser said Siloci moved his hand from her hips to her back before grabbing her breasts and telling her how beautiful her body was.

While denying his accuser’s claims, Siloci stated that there had been no inappropriate contact during the massage.

Prior to his time with Beacon Hill Chiropractic and Massage, Siloci had operated his own massage therapy business. Siloci was one of four massage therapists charged following an investigation into a client’s reports of sexual assaults at the clinic.

Representatives of Beacon Hill Chiropractic and Massage say Siloci came highly recommended from members of the school he attended. The massage therapist was let go after the clinic was made aware of the allegations.

The trial is scheduled to resume on Thursday.