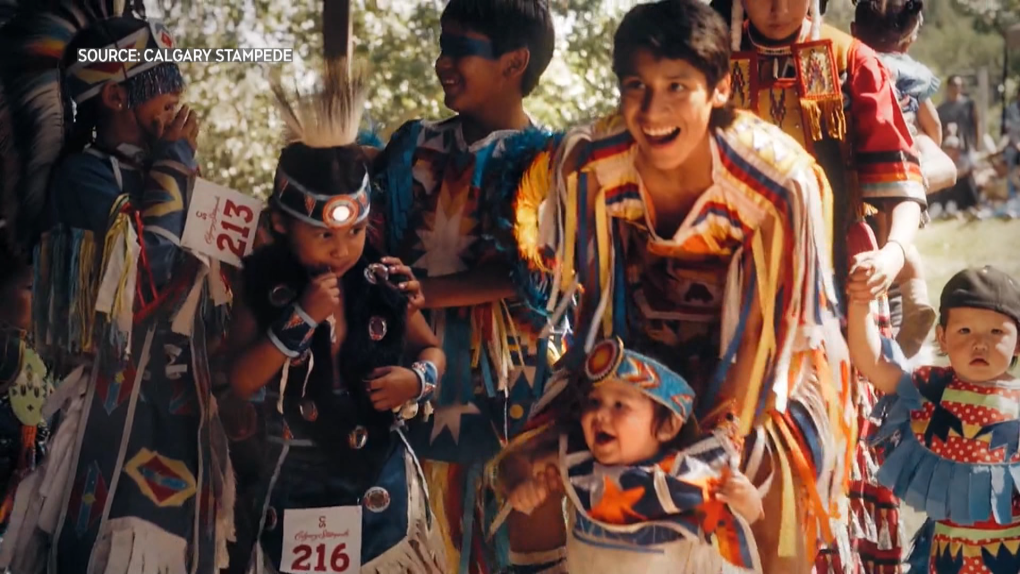 This year's edition of The Greatest Outdoor Show on Earth will see the launch of the Stampede Powwow, a showcase of Indigenous talent.

The powwow, which runs July 12 -14 in the Scotiabank Saddledome, will be one of the largest competitive powwows in Canadian history.

Indigenous dancers, singers and drummers from across Canada and the United States will perform in the three-day competition that offers $175,000 in prize money.

The Powwow Times is producing the event in collaboration with the Calgary Stampede and one of its organizers says the powwow will help keep traditions alive.

"Through traumas and residential schools, a lot of our people's connection with their culture has been lost or broken," said Patrick Mitsuing, Powwow Times producer. "Through events like the Stampede Powwow, we are able to share the tradition of powwow, and help reconnect Indigenous peoples to their own culture, while introducing and sharing it with non-Indigenous peoples as well."

Powwow competitions have been a part of the Calgary Stampede for years, but on a much smaller scale in the Elbow River Camp and the former Indian Village site.

A new celebration of culture and a gathering of community. You’re invited to the Calgary Stampede Powwow, produced in collaboration with @powwowtimes, July 12-14 at Stampede 2022 in the Saddledome.