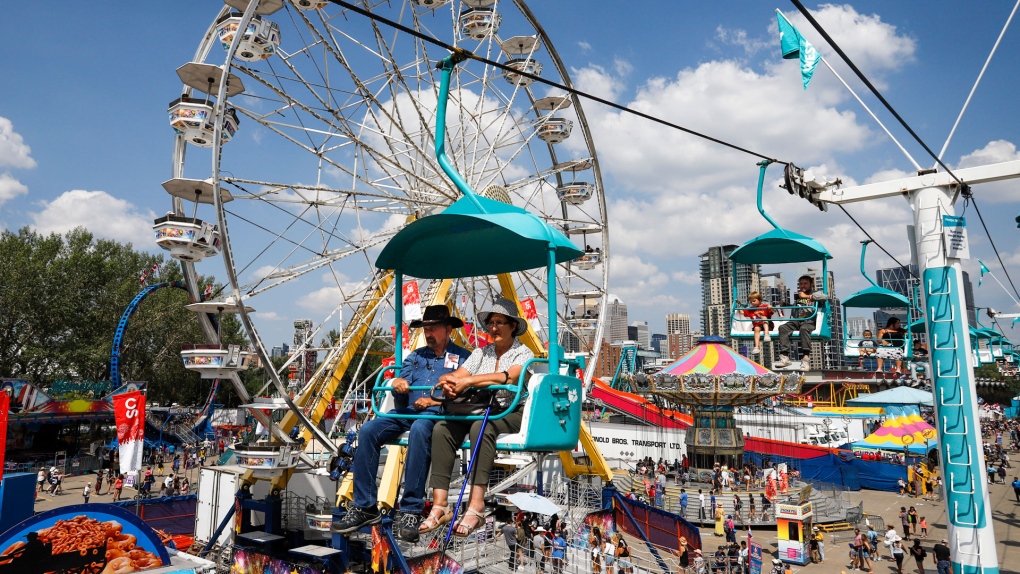 Visitors take the skyride for a high angle view during the Calgary Stampede in Calgary, Friday, July 9, 2021. THE CANADIAN PRESS/Jeff McIntosh
CALGARY -

Alberta's health officials say the number of COVID-19 cases stemming from the Greatest Outdoor Show on Earth this month is still relatively low.

According to the latest data from Alberta Health, 113 cases of the illness have been directly linked to the event, which occurred in Calgary from July 9 to 18.

"This is a testament to the strong public health measures that were put in place by the organizers, as well as the diligent way they were applied and maintained throughout the event," said Lisa Glover, senior communications advisor for Alberta Health in an email to CTV News.

"It is also evidence of the effectiveness of approved vaccines, which have prevented the transmission and severity of COVID-19 cases across the globe since they became available."

However, the province also said 313 "disease incidents or cases attended the Stampede during their incubation period."

The Canadian government states COVID-19 incubates anywhere between one and 14 days, but the time period that an individual is infectious is not fully known.

"A person may be infectious for up to three days before showing symptoms (pre-symptomatic infectiousness)," the government's website reads. "Viral RNA levels appear to be highest just before or soon after symptom onset."

On Wednesday, Alberta Health reported 81 cases of COVID-19 that were linked to the event.

Mexico braces for Hurricane Orlene as the storm heads for Mazatlán